In the latest twist, Lady Gaga (owner of Michael Jackson’s crystal covered glove and other pricey pop culture trinkets), has shown an interest in purchasing a share in the deceased pop icon’s ranch with the goal of restoring it for his children. Either the eccentric songstress is purely seeking publicity or she is genuinely enthusiastic over the prospect of taking on a project more massive than Michael Jackson’s plastic surgery obsession.

A source said: “Lady Gaga is obsessed with Michael. She’s become good friends with his sister LATOYA and would love more than anything else to restore Neverland to its original state.

“His kids are all desperate to hold on to their childhood home so they can decide what they want to do with it properly when they’ve grown up.

“Gaga would love to help with the financial costs by buying a share.”

She was due to support Jacko in London before he died in 2009.

But when he got into financial difficulties in 2008 the investment group Sycamore Valley Ranch Company bought his $23million mortgage.

Even though they hold a big stake in the company, Michael’s three kids — PRINCE MICHAEL, PARIS and BLANKET — and mum, KATHERINE, also own a share.

A cash injection from a pop star like Gaga could just see them through their teenage years until their trust funds are triggered and they can buy it back.

Since 2011, there has been some progress on a Neverland ranch. Tom Barrack of Colony Capital (another partial owner in the rights to the property), told Bloomberg Television, “Our plans have been to work to restore it to its original greatness. The place is amazing. It has not only the beautiful spirit and softness of Michael, but a legacy of a thousand years of Indian culture that had transacted upon it. We have just been restoring it, renovating it.”

Poor Paris will feel left out without a title in Neverland, a kingdom for a King of Pop (Michael), a Lady (Gaga), and two Princes (Michael’s two sons).

For additional facilities management coverage on Neverland, see the original FacilityBlog stories here (on the decay of the property) and here (on the announcement of Jackson’s death). 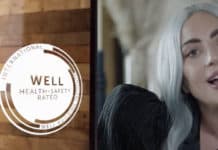 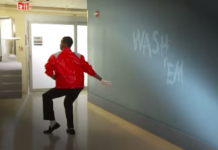