While BYOD (Bring Your Own Device) policies work their way into the business environment, in one Missouri town, male employees for the public works department were asked to bring a personal supply of something else: toilet paper. Windsor, MO officials even started a fundraising campaign to collect money for additional supplies, claiming that budgets had been exceeded.

In a story posted on March 16, 2013 and updated on March 30, 2013, DeAnn Smith, Digital Content Manager and Betsy Webster, News Reporter for KCTV5 reveal the details of the Great Windsor Toilet Paper Scandal:

“I was just really incredulous that this was a topic to be brought up at a City Hall meeting, much less have any truth to it,” Mayor Justin Brown said. “The number one emotion is embarrassment. We have a lot of good things going on in our little town, and this is the topic.”

Windsor has a population of 3,000. The four employees who work at City Hall, including Underwood, are women. Ten public works employees, all male, work at the municipal barn.

Brown was able to confirm that, yes, the male employees were having to bring their own single ply and two-ply sheets to work.

Underwood said she didn’t make any remarks about men using too much toilet paper or having to bring their own. She said the public works director on his own told his staff that the budget was tight and it spun from there. Eventually, Underwood admitted after the meeting being behind the toilet paper edict.

Brown is glad the issue is now resolved and the men have their toilet paper. “We are always looking for ways to save money,” Brown said. “I’m just fearful that this finally hit a fever pitch and this is where it got ridiculous.”

Whether anyone will face discipline for the brouhaha is unclear. Brown declined to comment on possible repercussions.

For those of you who may find this difficult to believe, some employers do take drastic measures when cutting corners. I know from firsthand experience that these things do happen. Several decades ago, my previous employer (who shall remain nameless) requested all employees do the very same thing for the very same reason. It didn’t last long (and neither did I). 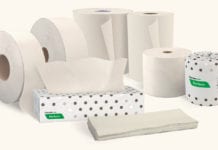 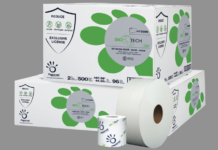 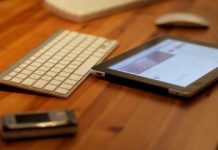 BYOD Is Picking Up Steam: Is Your Facility Ready?