You may have heard about a proposal that would change how leases are accounted for on corporate balance sheets. If your company leases or finances equipment, you should be aware of how the proposal could change the way you account for leases, how it potentially impacts your business, and what you can do make your voice heard on the proposal.

A majority of U.S. companies across a wide spectrum of industries lease equipment and real estate as part of their day-to-day operations. Currently, operating leases are not reported on companies’ balance sheets; they are typically included in the footnotes of companies’ financial statements.

As part of the global effort to establish uniform corporate financial accounting standards, the Financial Accounting Standards Board (FASB) and the International Accounting Standards Board (IASB) issued a proposal for a new lease accounting standard on May 16, 2013. The Boards’ intent is to record these transactions on balance sheet (i.e., capitalize all leases with lease terms of more than one year on lessees’ books). Facility managers have until September 13 to comment on the proposal.

What’s In The Proposal?

The primary components of the proposals are the following:

How Will The Proposal Impact Businesses?

Estimates are that U.S. public companies have more than $1.3 trillion in operating lease payments that will be brought on balance sheets, adding assets and liabilities.

Many businesses do not object to having to record leases on their books. Rather, they object to how the proposal would require them to account for and report lease transactions, contending that aspects of the proposal are too complex, impose burdensome regulation on businesses and do not accurately reflect the economics of the lease transaction. If the proposed changes do not reflect an appropriate balancing of costs and benefits, they could result in an unwarranted increase in cost of capital to U.S. companies that utilize leasing.

How Will The Proposal Impact The Construction Industry?

As an asset intensive industry, the construction industry would be heavily impacted by the proposed changes to lease accounting.

Under the proposal, the present value of the lease rents will be recorded by the lessee as an asset and liability. The profit-and-loss pattern will not represent the economic nature of a rental agreement, as lease expense will be front-loaded. This will increase the cost of leasing in the early years of the contract and will not match the periodic rental payments under the lease.

Lease pricing may rise due to the deferral of profits in sales-type lease accounting for lessors.

What Can Businesses Do?

There is a 120-day comment period. Lessees and lessee groups—including construction companies —and their financing partners should submit a comment letter prior to the September 13, 2013, deadline. Only then will the standards-setting bodies be aware of the real-life business impact if these rules changes are adopted.

A link to the Exposure Draft and tips for submitting an effective comment letter are available on the Equipment Leasing and Finance Association’s website.

You may consider including the following points in your comment letter:

Leases account for hundreds of billions of dollars in equipment acquisition annually, contributing not only to businesses’ success, but also to U.S. economic growth, manufacturing and jobs. The good news is that there are many benefits to leasing, and the primary reasons to lease equipment will remain intact despite the lease accounting proposal, from maintaining cash flow, to preserving capital, to obtaining flexible financial solutions, to avoiding obsolescence.

But, it is essential that the Boards carefully consider comprehensive public input and comment before finalizing their proposal to ensure a workable lease accounting standard. It is our hope that the Boards will seriously consider the negative consequences of some of these proposals and ultimately arrive at alternative approaches that do not harm American businesses and the U.S. economy.

Sutton is President and CEO of the Equipment Leasing and Finance Association, the trade association that represents companies in the $725 billion equipment finance sector, which includes financial services companies and manufacturers engaged in financing capital goods. ELFA has been equipping business for success for more than 50 years. Follow ELFA on Twitter @elfaonline.

William Bosco, a member of the IASB/FASB International Working Group on lease accounting and an accounting policy consultant for ELFA, contributed to this article. 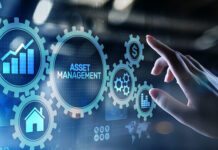 What Should The New Age Of Asset Management Look Like? 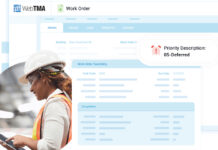 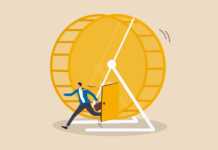 Moving From A Cyclical To A Continuous FCA