Throughout history, there have been people who specialize in cool experiments. Engineers and physicists will no doubt be familiar with the name, Ernst Chladni, who invented “…a technique to show the various modes of vibration of a rigid surface. A plate or membrane vibrating at resonance is divided into regions vibrating in opposite directions, bounded by lines of zero vibration called nodal lines. Chladni repeated the pioneering experiments of Robert Hooke of Oxford University who, on July 8, 1680, had observed the nodal patterns associated with the vibrations of glass plates. Hooke ran a violin bow along the edge of a plate covered with flour, and saw the nodal patterns emerge.” (Source: Wikipedia.)

Now an illusionist/scientist who goes by the Internet name of Brusspup has updated this experiment and posted an impressive video that demonstrates the impact of sound waves. In his explanation of this Chladni plate experiment, he says, “I used a tone generator, a wave driver (speaker) and a metal plate attached to the speaker. First add sand to the plate then begin playing a tone. Certain frequencies vibrate the metal plate in such a way that it creates areas where there is no vibration. The sand “falls” into those areas, creating beautiful geometric patterns. As the frequency increases in pitch the patterns become more complex.”

For those of you who haven’t seen it, here’s a video of the experiment, featuring original music by Brusspup:

All of the equipment for this experiment was provided by PASCO Scientific. 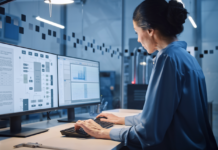 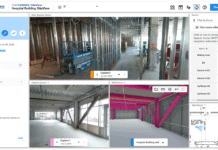 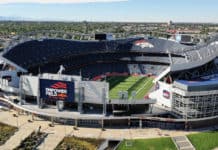