By Kevin Sullivan, P.E. and Jeff McDonald
From the May 2013 issue of Today’s Facility Manager

The environmental movement in the United States has reached a point where it has permeated many facets of everyday life. Nonetheless, the U.S. still ranks as one of the most wasteful countries in the world. According to the U.S. Environmental Protection Agency (EPA), the average American generates 4.6 pounds of waste per day.

In recent years, however, many towns and cities have begun to find new purposes for the seemingly endless amounts of refuse produced. Thanks to a number of waste-to-energy projects, communities are reusing solid waste to produce clean, renewable energy. Theirs is an example that institutions and communities across the U.S. can learn from when seeking sustainable strategies.

Waste-to-energy projects not only promote “green” initiatives in the environmental sense, but also green initiatives in the more traditional sense—saving municipalities thousands of dollars each year. Without a doubt, U.S. communities are proving that it’s possible to become not only an ecological steward, but an economical one as well.

One alternative source that municipalities are embracing is landfill methane gas. In many instances, landfill methane is burned off, or flared, to minimize its release into the environment. However, that approach is fast becoming archaic, as operators of landfill facilities are coming to realize this is a waste of potential energy. Capturing that gas and using it to generate electricity and heat is becoming a popular alternative.

In landfill gas energy projects, towns and cities purchase methane gas from nearby landfills. The municipality constructs a processing facility at the landfill. Then, extraction wells (along with a series of collection pipes) capture the methane-rich natural gas—a naturally occurring byproduct of decomposition. The gas is cleaned of compounds such as siloxanes (typically produced by decomposition of various materials, most notably health and beauty products) through a variety of different methods. These methods include compression refrigeration and heating, and activated charcoal. The now enriched and purified gas is then odorized at the landfill site before distribution.

According to the EPA, there are approximately 560 landfill gas energy projects operating in the U.S. An additional 510 landfills currently present opportunities for development.

Another waste-to-energy opportunity lies in discarded food, which ranks as the second largest category of municipal solid waste in the U.S. All told, food waste accounts for approximately 18% of the waste stream, with over 30 million tons sent to landfills each year. Unfortunately, very little is recycled; only 3% is diverted from landfills, with most of it composted to produce fertilizer.

But many municipalities are discovering the enormous energy potential of food waste. A recent study conducted by East Bay Municipal Utility District revealed that this material has up to three times as much energy potential as biosolids.

Towns and cities are constructing anaerobic digesters to harness the energy found within food waste. In this process, haulers collect food waste and deliver it to an anaerobic digester, where various bacteria break down the food waste and produce biogas. That biogas is captured and used to produce electricity and heat. Once the digestion process is completed, leftover materials can be composted and used as a natural fertilizer.

Finally, by using food waste as a fuel source, communities are reducing the amount of waste that reaches landfills, while producing energy that’s both clean and cost-effective.

Whether using landfill gas or discarded food, waste-to-energy projects implemented in the U.S. are providing communities with increased energy security. Replacing commercial gas with renewable gas as the primary fuel can help stabilize costs and ensure a dependable source of fuel for decades to come. At a time when many are facing budget cutbacks, these savings are invaluable. In fact, many waste-to-energy projects have brought an anticipated payback within 10 years of completion.

Besides decreasing dependence on fossil fuels, waste-to-energy reduces carbon dioxide emissions. In taking the lead to pursue these sources of renewable energy, municipalities demonstrate it’s possible to protect the environment while enjoying cost savings. Waste has long been regarded as a necessary evil, but waste-to-energy is helping to change that perception.

Sullivan is a vice president at Fuss & O’Neill, Inc., a full service engineering consulting firm based in Manchester, CT. McDonald is an associate at the firm. 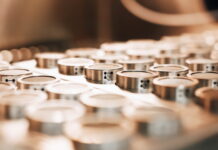