Mine Safety Appliances Company (MSA) is doing everything it can to make safety palatable. Earlier this year, the company announced its “Green” Protective Cap—an industrial hard hat made from the renewable resource, sugarcane, The Pittsburgh, PA-based safety equipment manufacturer is constantly looking for ways to improve a relatively common product worn every day by construction workers, industrial personnel and utility workers, as well as fans at NFL football games.

MSA’s V-Gard® line of hard hats, identified by their raised “V-shaped” crown, saves lives by protecting wearers from falling objects and other cranial hazards. But now workers have the option of using a hard hat that not only helps to protect their head, but protects the environment as well.

The new MSA V-Gard GRN (for green) Hard Hat is the first industrial safety offering produced from nearly 100% renewable resources. Developed and manufactured by MSA in Brazil, the MSA V-Gard GRN Hard Hat is similar to conventional hats in that it’s made of high density polyethylene (HDPE). However, unlike traditional hard hats, the HDPE in the MSA V-Gard GRN model is sourced entirely from sugarcane.

“By developing a hard hat sourced from sugar, we have reduced the overall carbon footprint that’s associated with the entire life cycle of this particular product, from start to finish,” said Eric Beck, MSA’s global director of strategic marketing.

Beck explained that “green” polyethylene is made from sugarcane ethanol, which results in a smaller carbon footprint because, for each ton of the material produced, up to 2.5 pounds of carbon dioxide are captured from the atmosphere. Conversely, Beck noted that one ton of polyethylene sourced from petrochemicals actually emits more than two pounds of carbon dioxide into the atmosphere. He added that green polyethylene is 100% recyclable, making it suitable for reuse in non-safety products, which further enhances the sustainability benefits of the new hard hat.

“The environmental advantages of using ‘green’ HDPE in a hard hat are certainly attractive and are what initially captured our interest,” said Dr. Thomas Muschter, MSA vice president of global product leadership. “But we would not be using this material if it didn’t provide the same high level of head protection that our V-Gard brand is known for around the world. The HDPE sourced from sugarcane provides the same performance and properties as resins made from nonrenewable raw materials,” he said.

“Environmental sustainability is more important than ever today, and our development of a sustainable hard hat provides MSA customers with yet another way to demonstrate their commitment to preserving the planet,” Beck added. “For green construction projects, or for companies focused on sustainability initiatives, we think the V-Gard GRN Hard Hat provides a perfect fit.” 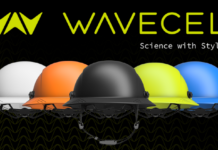 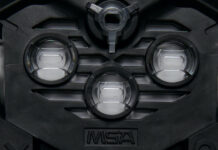 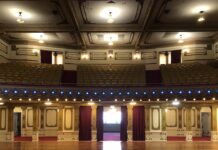