July 4, 2013 marks the reopening of the Statue of Liberty, which has been closed since Superstorm Sandy hit the region on October 29, 2012. However, Ellis Island requires more extensive repairs and will remain closed until further notice.

While the storm damaged much of the infrastructure on Liberty Island, where it stands, the statue itself, did not suffer storm-related damage. Its 126-year-old iron framework, designed by Alexandre-Gustave Eiffel, withstood the hurricane’s battering.

The unanticipated site closure presented engineers with the opportunity to concentrate on a series of renovations that had been in the works since October 2011. One of these projects included including new stairway railings inside the monument’s pedestal. The railings, provided by Banker Wire, were designed to enhance the look and durability of the interior staircases.

The statue’s interior stairways feature wire mesh woven in a lock-crimp style which heightens their ability to provide fall protection to the monument’s 3.5 million anticipated annual visitors. The mesh matched the aesthetic standards of the national landmark through the attention to detail and customization options. The single most important detail in this installation was the repeatability of the mesh pattern which was specially created to ensure that repeatability.

This installation used bronze, giving it an unmistakable caramel color. Like the Statue itself, bronze mesh is composed of copper—with tin as an additive.

Other changes to the monument include new exterior granite staircases, renovated restrooms, new emergency elevators, and a new air-conditioning system. Tickets and reservations are now available through Statue Cruises, including limited tickets to the crown and pedestal. 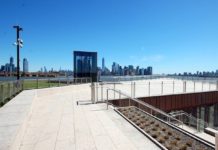 Building A Museum On An Island, Challenges And Success 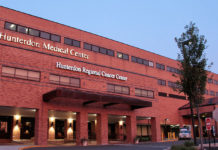 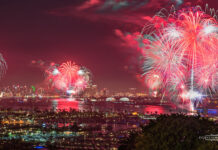