This Web Exclusive article has been provided by Sweden-based Trelleborg, a supplier of polymer-based critical solutions for deployment in highly demanding environments.

Housing a collection of fragile historical artifacts next to a busy railroad track calls for special protective measures, and vibrations must be kept to an absolute minimum. The same technology that is used to protect buildings from heavy earthquakes is used to achieve this.

In the city of Amersfoort in the center of Holland, a new public building serves as the headquarters of the Dutch Government Service for Archaeology, Cultural Landscape and Monuments (RACM). The building is a showcase of innovation and sustainability, but its technology goes beyond what most visitors see.

One of the building’s groundbreaking features is its vibration isolation technology—in the form of 650 rubber vibration isolation bearings located in the garage beneath the building, in the walls of the basement and on top of its many columns. The result is that the entire building is mounted on shock absorbers, a practice that is fairly common in the world’s earthquake prone regions but not in the Netherlands.

“It is rare indeed for Dutch buildings to be constructed on vibration bearings,” says Marcel de Vos, manager engineering at Trelleborg Offshore & Construction’s Ridderkerk facility, which made and supplied the vibration isolation bearings. “But since the RACM building is situated right next to one of the busiest railroad connections in Holland, this was considered very desirable. Damping the railroad vibrations not only makes for a comfortable working environment, but it also protects the many priceless and very fragile artifacts in the building.”

Although rubber mounted buildings are rare in the Netherlands, suppliers of rubber bearings are not, as the same technology is used for bridges and tunnels. A vibration isolation bearing looks deceptively simple: a block made of rubber layers separated by steel shim plates. After the rubber compound and steel grade have been selected, the other main variables to consider are the size and the number of blocks. This is where Trelleborg’s technical and manufacturing expertise comes in, as vibrations are extremely complex mathematically. Engineers must take into account not only the kind of vibrations (frequency, magnitude, and duration) but also the weight of the building at various points. This calls for a number of different bearings under the same building.

“This was an extraordinary job both in scale and in complexity,” de Vos says. “The bearings’ performance requirements were extremely tight, to the extent that other companies proposing solutions admitted they could not comply.” Whereas a natural frequency of 8 to 10 Hertz (oscillations per second) for isolation systems is common in the industry, this project called for less than 4.5 Hertz. Most insiders considered this impossible, but after many engineering calculations, Trelleborg delivered 4.3 Hertz.

The treasures of the RACM building, many of them thousands of years old, are now as safe as possible, and intercity trains can pass by without disturbing them. 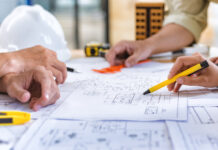