By Charles Carpenter, CFM
From the September 2013 issue of Today’s Facility Manager

Why Churchill? He possessed many of the skills that any successful fm would need. For starters, he may have been the World’s Greatest Public Speaker, with the ability to present information that any fm would want to take into the C-Suite. He was extremely calm under pressure, another trait of a superior fm. His sense for business continuity and disaster recovery helped London survive the Battle of Britain. Tight budget? Try financing a war. His strategic planning skills were exhibited time after time during his public service.

Could Churchill really handle facility management? Judging by his quote: “We shape our dwellings and afterwards our dwellings shape us,” it is safe to say he knew the value of facilities. He personally mastered moving and stretching his budget, the result of living on a modest income more than half of his life. He was known to work holidays, noting: “Let us dread naught when duty calls.”

He showed his fm genes while in government. During WWI, he thought to use bags of bricks and sand to fortify his headquarters against the then new threat of aerial bombing; returning late in the war to discover that structure was the only one left standing. He fostered innovation with the tank, to break the stalemate of trench warfare. He also switched the British fleet to run on oil instead of coal to ensure its continuity.

Churchill was a published wordsmith who won the Nobel Prize in Literature. Here is a sampling of his quotes that could have been uttered by a seasoned fm:

Besides talking the talk, he could walk the walk. Churchill designed and supervised the building of his Chartwell home and the overhaul of the lake on his property. He was not afraid to get his hands dirty; being so adept at bricklaying he joined the Amalgamated Union of Building Trade Workers. Churchill was also a talented artist, who probably could have been as comfortable with AutoCAD as he was with a paintbrush.

So, do you think you know the World’s Greatest Facility Manager? TFM is looking for candidates for Facility Executive of the Year; nominations accepted until October 15. The good news is Churchill is not in the running. Nominees embody innovation, efficiency, and sustainability. They balance long-term goals with the bottom line. Nominees achieve improvements for both facility operations and their customers. Also, as Churchill might have done, you can nominate yourself. Find out more at this link.

The quotes in the article came from “The Wit & Wisdom of Winston Churchill” compiled by James C. Humes. If Carpenter had to vote for the World’s Greatest Facility Manager that he’s actually met (with honorable mention to George Graves), it would be Br. Tobias De Salvo O.S.B. of Subiaco Abbey [the subject of the July “FM Frequency” column]. He notes: Br. Tobias had an amazing memory of the workings of his buildings, able to provide directions for any issue. Nothing was ever end of life; he could find a temporary workaround that would make MacGyver proud. 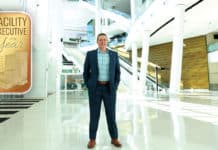 Facility Executive Of The Year 2020 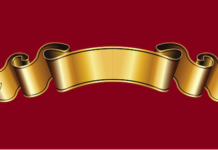 Call For Nominations: 2020 Facility Executive Of The Year