Most facility management professionals who have dealt with multi-layer projects have surely heard the phrase, “it was like herding cats.” Large facilities by their very nature—especially those that are open to the general public and filled with priceless objects—are especially challenging and could be labeled significant feats of cat herding, even on a day-to-day basis.

One of the largest and oldest museums in the world, the State Hermitage Museum in St. Petersburg, Russia, is easily one the grand dames of facilities in cat herding terms. From Wikipedia:

The Hermitage was founded in 1764 by Catherine the Great and has been open to the public since 1852. Its collections, of which only a small part is on permanent display, comprise over three million items, including the largest collection of paintings in the world. The collections occupy a large complex of six historic buildings along Palace Embankment, including the Winter Palace, a former residence of Russian emperors. Of six buildings of the main museum complex, four, named the Winter Palace, Small Hermitage, Old Hermitage and New Hermitage, are partially open to the public. The other two are the Hermitage Theatre and the Reserve House.

Under the watchful eye of the museum’s director, Mikhail Borisovich Piotrovsky, the massive collection is managed by a staff that’s the size of a small army. And heading up the special ops anti-vermin division is a squadron of well herded, well coordinated cats. Yes, cats.

“Sixty-five of them, to be exact,” according to Tiffany Jow of Artlog.com, although that count is disputed by some, including one of the full time caretakers featured in this brief video:

After more than 200 years of service, these hard working cats are being honored in a fashion befitting of their position: an artist has been commissioned to create highly detailed Photoshop portraits of six of the cats, which will be featured in a magazine.

“The remarkable series, titled, ‘Cats of the Hermitage,’ features the regal felines decked out in traditional Tsarist court costumes, as they gaze contemplatively off into the distance.” (Source: Catsparella.com.) 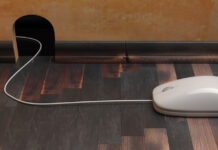 Pests That Can Delay Your Office Renovation 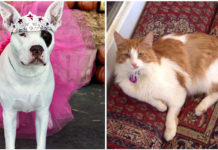