“GSA has opened this review to an extensive public process, and we’ve made this recommendation using input from the public, industry stakeholders, and sustainability experts,” said Kevin Kampschroer, Director of GSA’s Office of Federal High-Performance Green Buildings. “We’ve found two tools that allow us to measure how federal buildings of all kinds can best save energy, improve overall performance, and cut down utility costs.”

In its recommendation to DOE, GSA recommended the Green Building Initiative’s Green Globes 2010 and the U.S. Green Building Council’s Leadership in Energy and Environmental Design (LEED) 2009 as the third party certification systems that the federal government can use to gauge performance in its construction and renovation projects. Other certification systems were not selected because they did not align with the government’s requirements. Additionally, under this recommendation, GSA will conduct more regular reviews in order to keep up with the latest green building tools that the market has to offer.

Third party certification systems like LEED and Green Globes help in measuring reduction targets for water, energy, and greenhouse gas emissions against industry standards. Agencies can use one of the two certification systems that best meet their building portfolios, which range from office buildings, to laboratories, to hospitals, to airplane hangars.

GSA has worked to make federal buildings more efficient by reducing water and energy use, which saves taxpayer dollars and reduces the impact on the environment. GSA’s efforts to increase sustainability are a central part of its mission to deliver the best value in real estate to the government and the American people. 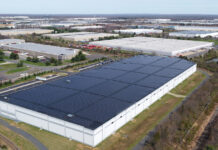 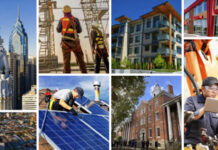