Norovirus illnesses are in the news again, and facility managers and their staff play an important role in mitigating the impact on their occupants. According to the CDC, you can get norovirus illness at any time during the year, but it is most common in the winter. Norovirus illness is not related to the flu (influenza), which is a respiratory illness caused by influenza virus.

The Florida Department of Health in Marion County determined yesterday that norovirus is the cause of an outbreak of gastrointestinal illness last week at East Marion Elementary School in Silver Springs, FL. Nearly 300 students were out sick last week, and the school is still dealing with the issue.

Meanwhile, in New Jersey, officials have closed an elementary school today because of a norovirus outbreak. More than 40% of the students at Eagleswood Elementary School were out sick Thursday. The school is closed so cleaning crews can disinfect the building.

A norovirus outbreak onboard the Celebrity Summit cruise ship out of Bayonne, NJ sickened more than 300 passengers and crew members recently, according to the CDC. The ship had embarked on a two week Canadian and New England trip on September 21 and returned to Bayonne on October 5. According to Celebrity Cruise Lines, 307 of 2,112 passengers reported feeling ill during the voyage, with the predominant symptoms being vomiting and diarrhea. They say 14 of the 952 crew members also reported feeling sick.

Norovirus can spread quickly in closed places like daycare centers, nursing homes, schools, and cruise ships. In the U.S., most norovirus outbreaks happen from November to April.

Hand washing is cited as one of the most effective ways to prevent the transmission of norovirus, according to CDC and other resources. As a facility manager, you can encourage and remind occupants to wash their hands frequently. If your population is such that you can’t control the frequency and level of hand washing, that’s where cleaning practices come in. Facilities staff should routinely clean and disinfect high touch surfaces and equipment with an EPA-approved product with a label claim for norovirus.

Have you dealt with a norovirus occurrence in your facilities? Or, what practices do you have in place to try to prevent an outbreak? 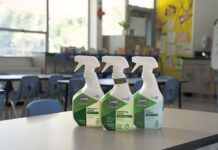 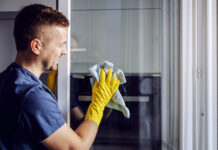 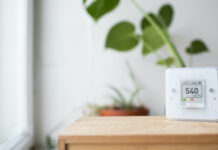