From the “feel good” files (rather than the funny) comes this story of the “Recycle-Bowl,” the first nationwide recycling competition for elementary-, middle-, and high-school students. The Recycle-Bowl® competition, sponsored by Nestlé® Pure Life® Purified Water, reached nearly 700,000 students across America with schools in all 50 states and the District of Columbia competing.

“Inspiring young people to recycle at school reinforces the importance of recycling everywhere, whether at home or on the go,” said Jennifer Jehn, president and CEO of Keep America Beautiful. “We are also pleased that so many schools use the competition to improve existing recycling programs or develop new ones that didn’t exist prior to their participation.”

From October 15 through November 15, 2013, participating schools recycled as much as possible. The total amount of recyclables recovered during the 2013 competition added up to 6.4 million pounds, which in turn prevented the release of nearly 8,913 metric tons of carbon equivalent (MTCE). In real-world terms, this reduction in greenhouse gases is equivalent to the annual emissions from 473 passenger cars.

The competition offered a $1,000 prize to the school in each state that collected the most recyclable material per capita. A national champion was then chosen from among the statewide winners to receive an additional grand prize of another $1,000 and a $2,500 store credit from Busch Systems to purchase recycling bins, earning a total of $4,500 in prize money for the Pittsburg, CA, school.

“The Recycle-Bowl competition offers a chance to strengthen the current recycling efforts in our school and activate students to recycle. The raised awareness and excitement around recycling reaches each grade level in the school and brings a sense of ownership to each student,” said Sara Fuentes, recycling coordinator for Foothills Elementary School. “Our students worked hard—they’re proud of the impact they had on recycling in the school.”

“Every year, Recycle-Bowl is gaining strength. Now you have hundreds of thousands of students enthusiastically recycling and an almost 30% increase in recycled material in participating schools,” said Heidi Paul, executive vice president, corporate affairs, Nestlé Waters North America producer of Nestlé Pure Life® Purified Water. “I see the increase in the number of schools turning to Recycle-Bowl to start a school recycling program as a demonstration of its value.”

A separate national category featured schools that allow drop-off material from the surrounding community, offering a first-place $1,000 prize, a second-place $750 prize, and a third-place $500 prize. First place in the national drop-off category went to York Adventist Christian School in York, PA. Its per capita rate was 939 pounds per student.

A full list of statewide winners and updates for next year’s competition can be found at Recycle-Bowl.org. 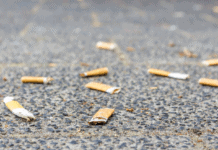 Do Cigarettes Litter Your Landscape? 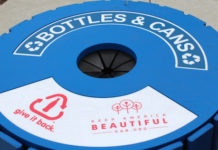 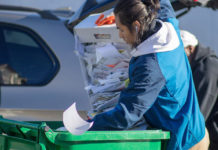