Lasting leaders, those who can weather economic downturns and even seismic market shifts, are the ones who know how to assemble a diverse team and bring out their very best. If facility management (FM) professionals are not building relationships that will last with their associates, even financial success will be short-lived.

Leadership isn’t just something you do; it’s someone you become. But that requires a personal transformation, not just a personal agenda. “Roger” hadn’t learned that lesson. During an interview for a new leadership position, the hiring manager asked Roger why he switched jobs—and sometimes companies—every three to five years. Roger blamed the employees who stopped growing and doubted ownership’s commitment to the goal they asked him to reach. In other words, it had to be the environment because Roger was a “good” manager. Roger was half right; it was the environment. But he failed to recognize that he was responsible for creating that situation.

If we want to understand what really defines leaders then we have to start by looking at their followers. Today, followers are drawn to leaders who show openness, invest time, listen, encourage, and show appreciation for the strengths their employees bring to work. These are five qualities developed intentionally over time but they pay dividends in both financial and personal performance for a lifetime.

Leaders who are held in the highest esteem for their success on both the bottom line and with the people they lead epitomize these qualities. From their followers you will hear phrases like these: “He was always there for me,” “I felt like she really listened,” “He valued my opinion,” and the result is employee engagement at the highest level. These qualities are gifts that leaders are willing to give freely to the people they lead.

Being open to others. Every leader claims to have an open door policy. But it’s not a leader’s door that needs to be open; it’s an open mind that matters! Openness encourages employee engagement, and that is fundamental to business success. The Gallup Organization’s study of employee engagement in 7,939 business units in 36 different companies found that “employee engagement was positively associated with performance… .”

Investing time in others. Leaders are usually not solo inventors or lonely creative thinkers. They are called to assemble a team of people and enable them to be more productive together than any of them could be alone. Fms can’t create time, but when they invest their time to build profitable relationships with their staff members they are multiplying the results they can achieve. Choosing to spend time with their employees daily is a leader’s best return on time.

Listening to others. Trust between leaders and their associates is built upon a transparency that reflects a freedom to speak and be heard. Bad culture, where listening isn’t valued, impacts business every day across America. It’s been estimated that as much as 55% of a leader’s work time is spent listening. But most leaders don’t know how to do that. They confuse listening with hearing. When an fm is open to an employee’s ideas and they invest the time to hear them, they are more apt to understand what they are saying and, sometimes more importantly, what they are not saying.

Expressing appreciation for others’ abilities. When a leader gives away genuine appreciation it is mirrored back in improved attitudes, stronger commitment, and better performance. The gift of appreciation is not about altering associates’ opinion of their leader; it’s about changing their opinion of themselves. When a leader helps employees believe in their distinct strengths they build a work environment that works. Lasting leaders know how to bring out the best in others.

An fm can be appointed someone’s boss, but not their leader. And followers ultimately determine one’s leadership. Had Roger developed these five gifts he might have still changed jobs every three to five years but it wouldn’t have been because he could no longer get results; it would be because he had developed a reputation for building a high performance team, even under tough conditions. That kind of leader is always in high demand.

Banther is the founder and CEO of Banther Consulting. With decades of experience as a business leader and corporate executive, he has become an advisor, leadership speaker, and trainer for Fortune 100 companies like Pfizer and Rockwell as well as midsize to large family owned businesses across America. His new book, A Leader’s Gift: How to Earn the Right to be Followed, will be released in April 2014. 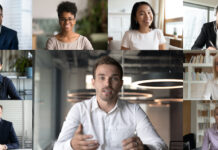 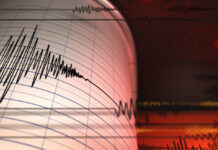 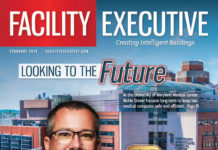