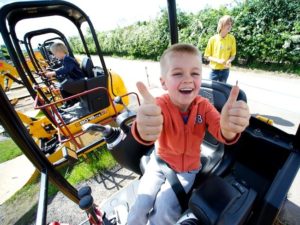 Move over, Disney…there’s a new theme park in town. And this one has an unusual (and very specific) twist; it’s for those folks lured by the pull of Spin Dizzy or The Backhoe Adventure. Yes indeed, Diggerland is coming soon to West Berlin, NJ, so dust off your hard hats and get ready to dig!

This construction themed adventure park allows children and their families drive, ride, and operate heavy machinery in a safe, family-friendly environment. The facility footprint covers 14 acres and will feature over 23 attractions, all slated for an early summer 2014 opening. 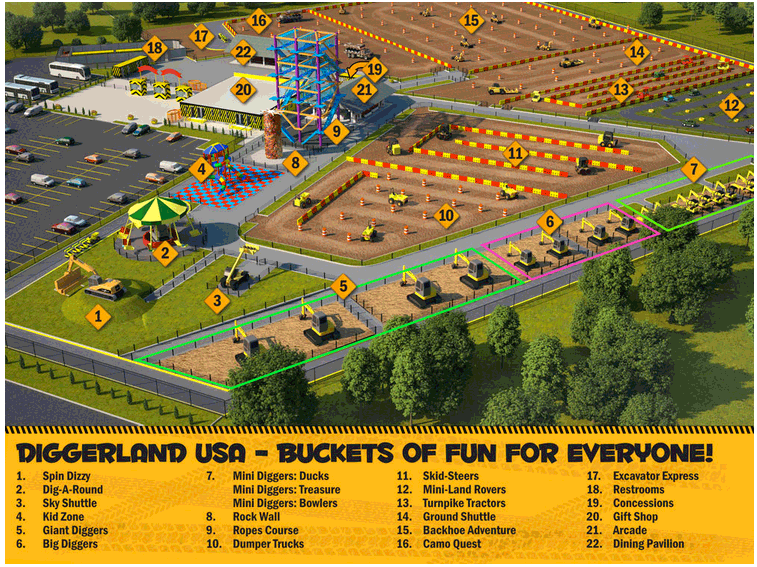 The majority of the attractions are comprised of modified JCB heavy construction equipment pieces. The rides have been engineered to allow parents and children the ability to operate the machines safely by themselves or together – digging, driving, and riding.

Diggerland incorporates the hands on operation of machinery for the entire family. Guests have the opportunity to drive skid-steer loaders, backhoes, tractors, mini dumpers, and small excavators. All the equipment has either been modified for use on a course or made stationary by design for operation in designated excavation areas.

An amusement engineering marvel and staple attraction for the park, Spin Dizzy, booms the arm of a 20 ton JCB JS220L excavator up and down while spinning in circles with eight passengers harnessed into the seats of a modified bucket attachment. In The Backhoe Adventure, four riders and a ride marshal climb aboard the cab of a modified JCB 3CX backhoe for a mystery tour while taking turns behind the wheel of the machine.

Other attractions include rock climbing, multiple train rides, a ropes course, an arcade, and a swamp buggy attraction. Smaller guests will enjoy the playground equipment in the Kid Zone, or may opt to take a ride up on the Sky Shuttle, a JCB 540 Telehandler capable of moving 15 guests at a time five stories into the sky. 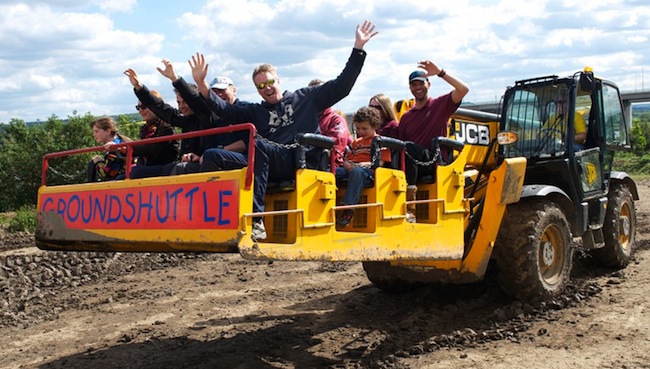 Managed by the owners of Sahara Sam’s Oasis, Diggerland USA becomes the first park of its kind in North America. Four Diggerland Adventure parks currently exist in the United Kingdom. So while the U.S. gave Disney to the world, the U.K. gives Diggerland to the U.S.!