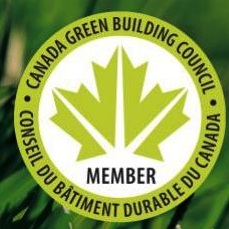 The Canadian green building market is poised to see strong growth over the next three years, with surveyed Canadian firms expecting to grow their green practices from one third in 2014, to one half by 2017. These findings are part of a new report prepared by McGraw Hill Construction and commissioned by the Canada Green Building Council. The report, titled Canada Green Building Trends: Benefits Driving the New and Retrofit Market, is the first of its kind in Canada.

Among its many findings, the report demonstrates that companies that invest in green buildings are seeing significant dividends on their investments, including:

In addition, green renovation projects increase building asset values, with a 4% median increase reported by architects and owners that have worked on green building projects. This is consistent with data reported globally and in the U.S. in previous studies conducted by McGraw Hill Construction, and it contributes to mounting evidence that green buildings have stronger value in the real estate marketplace.

While the above financial benefits are critical to the growth of green building in Canada, other triggers and social factors play an important role as well.

Survey respondents also recognized that building green is key to the creation of high performing buildings.

“This report confirms that the Canadian marketplace recognizes that a rigorous approach to green building improves the quality of building projects and sets the stage for realizing financial, environmental and health benefits,” says Thomas Mueller, President and CEO of the Canada Green Building Council. “The business case for green buildings in Canada is strong, which translates into growing demand and investment over the next three years.”

“This report is exciting because it demonstrates that the majority of the Canadian green building market recognizes the value that healthy green buildings have,” says Harvey Bernstein, Vice President of Industry Insights and Alliances at McGraw Hill Construction. “As research continues to demonstrate the value of these investments on companies’ productivity and the bottom line, we think that occupant health and satisfaction is going to be an even more critical driver in the future.”