By R.V. Baugus
From the July/August 2014 issue of Today’s Facility Manager

Long before they actually reach the property doors to try and enter a building with evil intentions on their agenda, the bad guys should be stopped by successful perimeter security in place rather than being able to inflict any sort of damage. In fact, perimeter security is at its effective best when measures are in place even beyond the perimeter.

As president and founder of Cast Lighting in Hawthorne, NJ, Dave Beausoleil understands the role that lighting plays in perimeter security. “We say that lighting is better than barb wire,” he says. “You obviously want lighting that is glare-free and well designed so that your camera system works well, but people have a tendency of lighting just the inside of the fence. Our CPL1 system goes on top of the fence and we’re lighting 20′ to 30′ on the left and right side. Now when they are coming close, we’ve got them. We see you on the outside of the fence. We see you trying to cut through the fence and come through. We’re not just purely concentrating on the inside piece.”

Effective perimeter security does not have to scream out “Police Zone!” and in fact is most effective when the confluences of lighting, architecture, landscaping, and camera systems and other technologies all integrate to maintain a pleasant, aesthetic presence on the property’s exterior while at the same time providing full measures of safety to those inside the facility.

Lighting can obviously be placed at about any location around a building’s periphery, but for Beausoleil the issue keeps coming back to eliminating glare. Simply pouring more light on the perimeter actually does more harm than good.

“A lot of lighting is way too bright,” Beausoleil says. “It destroys camera images to reveal just a big glare bomb. You are basically blinding your security guards to the point where people could be on-site, and you are unable to pick them up because your eye really can’t see past the beam of light. From my experience with low voltage landscape lighting the worst thing you can do is have someone’s eye go from extremes of brightness to total darkness. It fatigues the eye to the point where it becomes very unnatural and very uncomfortable.”

New and improved technologies in lighting are happening at the same time that camera systems are also reaching a zenith in quality and output, resulting in better megapixels, better resolution, and better camera systems. An outdoor daytime camera switches to a nighttime camera that uses ultraviolet light in order to illuminate images at night.

“Cameras are just much better than they were even a decade ago,” says Tom Brigham of Brigham Scully on behalf of client Allegion. “If you go very cheap, though, you’re going to get what you pay for. You’ll have a record of a person coming in, but I’ll be darned if you can tell who it is. Here you are trying to identify someone, a possible infiltrator. If your camera can’t do that, it’s a worthless investment, and I would say you lost money because the camera is not doing its job. For not that much more you can have a security camera today where you can practically check the guy’s whiskers.”

Crime Prevention Through Environmental Design (CPTED) is another in the line of safeguards that should be considered in perimeter security. As an instructor at Florida Atlantic University on Designing Safe Communities with CPTED and owner and president of Atlas Safety & Security Design, Randy Atlas, Ph.D., AIA, CPP, qualifies as an expert in the field, one that has undergone dramatic changes since the September 11 attacks.

“The basics of CPTED still prevail as good design creates good security and good safety,” Atlas says. “If the entrance looks like an entrance, then it acts as a good entrance and screening and cueing point. Good landscape design and circulation patterns still create well defined and protected boundaries and perimeters. Building construction with security and CPTED in mind creates a strong building perimeter that protects against burglary, storms, blasts, vandalism, trespass, and deflects persons to the entry points where they can be observed, challenged, and directed.”

When it comes to the best safeguards that facility managers should consider for protecting their properties, Atlas believes the answer lies in identifying the facility assets and prioritizing what is worth protecting with what level of force and intention.

“The problem is that most facilities do not conduct the all-important risk/CPTED assessment, so they don’t even know what they don’t know about what to protect and how to protect it,” he says. “Pick a fight you are going to win, and be supported by financial resources and management policy. If loitering isn’t going to be enforced, why bother? If littering isn’t going to be enforced, why bother? If it takes an assault or rape of an employee in a parking garage to finally get people’s attention, it’s too late. The very best, most comprehensive and cost-effective tool for protecting the property is to invest in a good risk/CPTED assessment. From that, all other things fall in place and perspective.”

The beauty of CPTED is it can be (and should be) used everywhere.

“Really, CPTED is just using the environment as part of your access control,” Brigham says. “If we’re going to have windows that you can reach up to and possibly crawl into, then let’s have thorny bushes below the windows. That’s a classic example.

“Another would be the big barriers that pop up out of the ground around the [U.S.] Capitol. Notice you can never do anything more than make a left or right 90° turn right before them. That is part of it. There are small knolls on each one of those corners that are essentially little hills. You say ‘that’s pretty’, but those mounds are strategically placed there, and that’s again CPTED. If you are designing a brand new building, not to use some of those strategies is just foolish.”

Technologies also continue advancing in the world of access control, often considered the last line of defense and identification before one enters a building. Specifically, biometrics, the process by which a person’s unique physical and other traits are detected and recorded by an electronic device or system as a means of confirming identity, has risen to new levels.

“The use of wireless access controls is a technology that has made an incredible difference, but the real wow factor happening now is biometrics,” says Brigham. “With a biometric you are verifying who is who. Over the years people have wanted biometrics to work but the problem is most biometrics were optical [using the eye as identifier].”

Brigham cites as an example fingerprinting and the technological breakthroughs in that practice called spectoral imaging, which not only looks at the fingerprint but at the capillaries under the skin that match up with the fingerprint.

“It’s those capillaries that are under the skin that forms the fingerprint,” Brigham says. “So even if the finger is dusty, dirty, wet, gunked up, or whatever, this type of technology is looking below that skin level and still sees the fingerprint. All of a sudden, the verification now goes from about 90% or worse to literally 99.999%. That’s why you’re now starting to see biometrics and access control being brought out front and not staying in the back offices.”

The advent of IP-based access control systems has also been a significant development in recent years. When IP networking functionality is added to a flexible and scalable access control platform using system agnostic controller products, it becomes possible to manage all of an organization’s systems on a single network in any environment, which in turn delivers better facility management.

“Value is optimized because this single system can perform multiple functions with a single interface to all associated applications,” says Jeremy Hyatt, director, global public relations for HID Global.* “Organizations that previously operated several security systems on isolated networks can instead invest in a single, unified IP network, and technologies that previously coexisted only physically can now be managed and controlled logically.”

Hyatt adds that moving to an IP-based access control system is a good safeguard as the system offers a more comprehensive view by enabling the integration of video surveillance with access control.

“The ability to manage all of the various video management and analytics subsystems, intrusion devices, and associated IP-based edge devices through a single user interface significantly enhances situational awareness since all information can be immediately combined and correlated,” he says.

As someone involved on the board of directors and the Leadership of Information Technology Council of the International Facility Management Association (IFMA), Geoff Williams, facilities director for the Centre for Health & Safety Innovation in Mississauga, Ontario, notes that radio-frequency identification (RFID), the wireless non-contact use of radio-frequency electromagnetic fields to transfer data, will also continue playing an important role.

“You can gauge the heating level in an area based on who is in the space,” says Williams. “It’s that fine line between technology existing for the sake of improving occupants’ lives versus being a detriment to things, like they don’t want their personal activities being tracked.”

In the end, Williams ascribes to some Security 101 considerations. “A lot of people start shopping for technology immediately,” he says. “I believe they should actually look at what their security needs are and what their risks are. What is the real threat they are trying to address? Find that and then build a solution. It might be a phased solution or maybe there are no security concerns. It could be a simple solution to the modicum of problems that they might have or it could be very complex.” 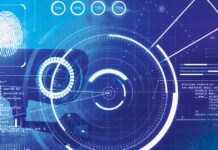 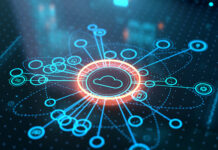 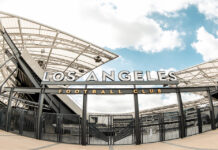