The percentage of positive drug tests among American workers has increased for the first time in more than a decade, fueled by a rise in marijuana and amphetamines, according to an analysis of 8.5 million urine, oral fluid and hair workplace drug test results released by Quest Diagnostics.

The Quest Diagnostics Drug Testing Index (DTI) shows that the positivity rate for 7.6 million urine drug tests in the combined U.S. workforce increased to 3.7 % in 2013, compared to 3.5% in 2012. The relative increase of 5.7% year-over-year is the first time the positivity rate for combined national workplace urine drug tests has increased since 2003. Quest Diagnostics has analyzed annual workplace drug testing data since 1988.

“After years of declines, the prevalence of positive workforce drug tests is increasing,” said Dr. Barry Sample, director, science and technology, Quest Diagnostics Employer Solutions, a business of Quest Diagnostics. “This increase indicates that employers should be aware of the potential for drug use by their workers and the risk that represents for the health and safety of their employees and the public.”

Marijuana Positivity Increases 6.2% Nationally, but by Double Digits in Colorado and Washington

Marijuana continues to be the most commonly detected illicit drug, according to the DTI analysis of urine drug tests. Marijuana positivity in the combined U.S. workforce increased 6.2%, to 1.7% in 2013 compared to 1.6% in 2012. In the safety sensitive workforce, marijuana positivity increased 5.6% (0.67% vs. 0.63%). In the general U.S. workforce, the positivity rate increased 5%, to 2.1% in 2013 compared to 2% the prior year. These increased positivity rates are consistent with findings from the 2012 National Survey on Drug Use and Health (NSDUH), which showed an increase in self-reported past-month marijuana use between 2007 and 2012.

“Washington and Colorado are believed by many to foreshadow future trends in ‘recreational’ marijuana use. While Quest’s Drug Testing Index shows dramatic spikes in marijuana positivity rates over the past year, a longer view of the data suggests a more complex picture,” said Sample. “It is possible that relaxed societal views of marijuana use in those two states, relative to others, may in part be responsible for the recent increase in positivity rates. Yet, this doesn’t explain why both states also experienced steep rises—and declines—in positivity in recent years. We will be very interested to see how our data evolves over the next year or two in these two states relative to those that have not legalized so-called ‘recreational’ marijuana.

“What we do know is that workforce positivity for marijuana is definitely on the rise acrossthe United States. It is important for people to remember that while some states have legalized marijuana, the federal government has not. Employers generally have the authority to restrict the ‘recreational’ use of marijuana by employees and impose sanctions, including termination, on employees with positive drug tests in all 50 states,” added Sample.

Amphetamines are a class of central nervous system stimulants that includes methamphetamine (best known for being produced in clandestine labs) and prescription medications for conditions such as ADHD and narcolepsy.

The strengths of the DTI analysis include its large sample size, the longitudinal nature of the monitoring, a testing population that is generally reflective of the U.S. workforce, and the quality of the company’s drug testing services to confirm positive results. Limitations include the selection of the testing population, which is reflective only of results from employers that perform drug testing, and a lack of exact cross-specimen comparisons due to variations in substances for which employers test. DTI reports involve analysis of de-identified results from urine, oral fluid, and hair drug tests. 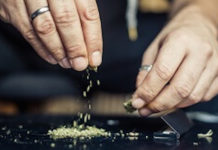 Is There A Safe Level Of Marijuana Use At Work? 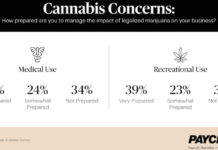 Businesses Aren’t Ready To Manage Marijuana In The Workplace 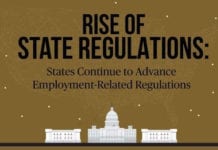