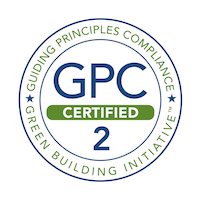 On October 10, 2014, the U.S. Department of Energy (DOE) issued a final rule, required under the Energy Independence and Security Act of 2007, stating that if new Federal buildings and major renovations decide to pursue a green building certification, the level of two Green Globes is recommended.

In addition, DOE’s rule provides that rating systems used by the federal government must, among other criteria:

Green Globes uses the services of independent assessors and uses the ANSI national consensus process for developing its Green Globes tools for new construction and major renovations, the subjects of the U.S. DOE rule. In September 2014, the Green Building Initiative created an ANSI-approved “Consensus Body” to update and refine its 2010 national standard for commercial buildings.

“We expect that the ANSI Consensus Body will take a close look at the DOE requirement for monitoring and reporting energy and water performance in Federal buildings at least every four years and will seek to incorporate that requirement into the new standard,” said Yudelson, “not only for Federal buildings but for all buildings certified using the Green Globes green building rating system.”

Press Releases May 24, 2022
The company aims to expand the use of AI with health systems and improve x-ray imaging efficiency with new partnership.