By Brian T. Patterson
From the October 2014 issue of Today’s Facility Manager

SmartGrid, Zero Net Energy, Intelligent Buildings, Internet of Things, Distributed Energy Generation, Clean Energy, Net Metering, Microgrid Resiliency, Energy Efficiency Securitization, Intelligent Efficiency, Grid Edge Modernization, and Electricity Prosumer… If you work in facilities management and know the meaning of more than two or three of these energy buzzwords, you’re probably under siege by your management, your building occupants, your suppliers, your local codes officials, or maybe all of the above. But the discussion around all of these dialogs is largely contained in the following thought: “Why can’t we have a network for electrical energy that is as powerful, convenient, and economical as the Internet is for data?”

The common denominator to all these ideals is that they are based on the same premise that underwrites the Internet—an open standards, multi-level networked architecture. So, this thought can be taken a bit further to consider how the way the Internet works could translate into the creation of an Enernet.

From Centralized to decentralized. The concept of “computer centers,” where a small number of larger computers serves the entire system’s needs with information has been replaced by “computer networks”—where a large number of distributed smaller computers, linked together in interconnected networks, can combine information and serve the entire system’s needs.

Translating that into an electric power equivalent means that the system needs to move from exclusively centralized large power generation plants that serve the entire system’s needs to the creation of a large number of distributed smaller generation “plants” that are linked together in interconnected microgrids that can combine power and serve the entire system’s needs for electricity. If that sounds familiar, it should; it is exactly what is trying to be accomplished as part of so-called Zero Net Energy projects.

But today’s macro power grids weren’t designed to be “networked” that way. So the question really is: “Can we create an Enernet and do for power what the Internet did for data?” There is significant evidence to indicate the answer is yes and, if the lessons of the Internet are paid attention to, it can likely be done in a fraction of the time it took to create the Internet.

Enernet basics. First, the Enernet will be made up of two basic types of elements: physical devices and connective infrastructure (the hardware), and protocols and standards (the software). The elements are organized into multiple sub-layers of networks—something we now call microgrids. Some microgrids are meant to be more enduring, like the wiring and equipment in a building or the (hopefully buried) ones running around town, and some are meant to be very temporary. The management of connections and relationships between devices in microgrids must be designed to allow dynamic changes in the way the physical elements act under different conditions; during peak demands, power failures, and hundreds of other cases where it will have to reconfigure itself to act differently in the way it collects, stores, or supplies power. And at times, it will have to let buildings act autonomously, just the way a laptop does as it continues to work even if suddenly unplugged from the wall.

Think of buildings as the personal computers of this new power network. Just as laptops, tablets, and smartphones now generate 68% of the data on the Internet, buildings will generate a similar portion of all the power on the Enernet. The math is pretty straightforward; buildings now use 65% of all electricity used, so at net zero, they will produce at least that much power.

Getting from A to B. This vision has been fully embraced by a non-profit, open standards organization called the EMerge Alliance. The Alliance is member funded and populated by representatives from industry, government, and academia. It is focused on creating system application standards for both commercial and residential buildings and campuses. The standards consider both collection and distribution of site-based power and includes consideration of transformative hybrid AC-DC as well as pure DC microgrid architectures.

EMerge believes the evolutionary implementation to such systems needs to be flexible and opportunistically undertaken, largely by replacing things as they wear out, not with direct replacements but with transformative upgrades embracing the new technologies.

The first of such microgrid deployments is just beginning, some being tested right now by private users and others by consortium, such as the EMerge Alliance in cooperation with industry, government, and academia. These initial microgrid deployments are the first level validation of the vision the Alliance has embraced regarding the creation of an Enernet. It has begun the quintessential work of creating the standards that will guide the vision into reality for practitioners. It has also begun to assemble the cadre of companies and private and public organizations to affect the creation of a sustainable eco-system of enterprises that can create the hardware and software for the network—a 21st Century Enernet. 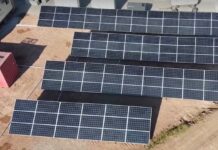 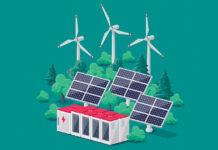 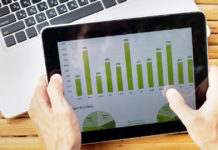