In keeping with the season, CareerBuilder has the results from another one of its amusing office-oriented surveys. This one asked workers to share the most unusual gifts they’ve received from a co-worker during the holiday season.

While many gift-bearing workers stick to more traditional holiday offerings, such as ornaments, candy, and gift baskets, others get a little more creative with their definition of the word “gift”:

The national survey, conducted online by Harris Poll from ­­August 11 to September 5, 2014, included a representative sample of 3,103 workers and 2,203 hiring managers and human resource professionals across industries and company sizes. Twenty-one percent of workers planned to buy holiday gifts for co-workers (similar to last year, 22%), and nearly the same number (20%) planned to buy a gift for the boss. Of those who anticipated buying gifts for their co-workers or bosses, the majority (76%) expected to spend $25 or less on each gift; 33% spending $10 or less, and 10% spending $5 or less.

More Employers Got Into the Holiday Spirit

Employers weren’t the only ones in the giving spirit this year. According to the survey, more employers planned to offer holiday perks in the form of parties, bonuses, and gifts this year than in years’ past.

Bonuses: Some employees, however, may have gotten their bonus wish after all. Nearly half of employers (47%) planned to give employees a holiday bonus this year, up from 45% in 2013. More than one in 10 employers said they would give a larger bonus than last year (11%).

Gifts: Employers’ seasonal goodwill didn’t stop at parties and bonuses, either. Forty percent of employers (40%) gave employees gifts this year (up from 35% in 2013), and 42% gave charitable donations. 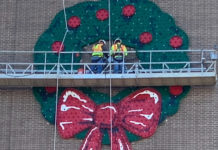 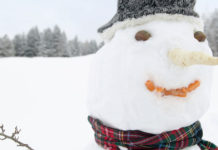