Studies by insurance carriers say investment in proactive workplace safety processes can yield a return on investment of approximately $6.15 to every $1 spent, according to Greg Andress, ARM, safety and loss control manager at Frank Winston Crum Insurance.

“Workplace safety is a huge issue, both in terms of worker safety and cost to employers. In fact, the cost of occupational injuries and illnesses was estimated at nearly $250 billion annually in a recent U.C. Davis study,” says Andress. “For its most recent reporting period of 2012, the U.S. Department of Labor’s Bureau of Labor Statistics said that approximately three million nonfatal workplace injuries and illnesses were reported by private industry employers in 2012, in addition to nearly 793,000 cases for state and local government workers.”

With these incidence rates in mind, Andress notes that the actual cost of accident claims may be surprising to most employers. He says the tip of the iceberg is the upfront costs, such as the workers’ compensation premium, deductible, and fees; but the follow-on costs associated with the claims can be an additional four to eight times the direct upfront costs.

Typical indirect costs include lost production by the worker, coworkers, and supervisors; interruption of operations following an accident; cost of training another worker to backfill the position temporarily; disruption of the team; overtime costs; damage to equipment and/or facility; and potential legal costs and/or penalties.

“If the claim cost was $1,000 and the indirect costs were a conservative four times that, the total cost would be $5,000,” says Andress. “Using a 10% profit margin, the business would need to create $50,000 in new revenue to cover the claim. That’s the sort of dollars and cents equation that business owners need to consider.”

Recognizing the high cost of injury claims, Andress says there are several ways business owners can approach the development of a workplace safety program and encourages them to build a process that reflects their culture, workplace, and industry.

“When developing or improving a safety program, one thought is to measure the processes the business is using to prevent injuries, rather than measuring outcomes such as claim costs or lost workdays,” he says. “These preventive functions, called leading indicators, are measurable factors that reveal a weakness in advance and provide insight into the future value of performance, as opposed to using lagging indicators that identify past events.”

Examples of leading indicators include the following:

“Adopting a proactive approach using leading indicators provides a better platform for an enhanced workplace safety program,” concludes Andress. “After reviewing the cost data as well as the toll in employee injuries, employers should take a careful look at implementing this type of system, and should seek guidance in establishing a program that is geared toward their specific needs.” 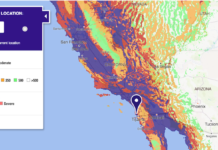 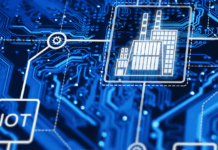 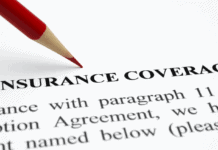