For the second year in a row, the Seattle Seahawks are going to the Super Bowl and now have the chance to become one of nine teams to secure back-to-back wins since the championship title was introduced in 1967. While the team’s fans—known as the 12th man—have earned a reputation as some of the loudest, most loyal fans in the NFL, can their support push the Seahawks over the top for back-to-back championship titles? A RiseSmart analysis of data from the Bureau of Labor Statistics (BLS) suggests that it can.

According to RiseSmart, the team whose fan base enjoys greater economic prosperity, as measured by lower unemployment rates, has been declared Super Bowl winners in 20 of the past 25 contests—an 80% prediction success rate.

Last year, RiseSmart successfully predicted the Seahawk’s win over the Denver Broncos. At the time, the unemployment rate for the Seattle metro area was 5.9%, compared to Denver’s 6.7%. Not only were the Seahawks able to defeat the Broncos, but they did so with a 35 point lead.

Since then, Seattle’s unemployment rate has continued to improve. Through November, the 2014 unemployment rate for the Seattle metro area was 5.3%, compared to 5.4% for the Boston metro area. In light of this, RiseSmart is predicting a Seahawk victory over the Patriots.

“With 25 years as one of the most consistently accurate Super Bowl predictors, it’s reasonable to question whether this correlation is more than simply a coincidence,” said Sanjay Sathe, president and CEO of RiseSmart. “One could make the case that a fan base with higher employment is more likely to have expendable income to attend games, buy team merchandise, and cheer on their team at sports bars and restaurants. Maybe that additional fan support gives their team an edge that ultimately drives them to Super Bowl victory. If so, that’s how, once again, Seattle’s 12th man will make the difference at Super Bowl XLIX, according to the unemployment predictor.”

While the Seahawks would seem to have only the slightest edge over the Patriots with a difference of only 0.1% in unemployment rate, RiseSmart’s analysis shows that the predictor has been highly accurate in similar match-ups historically. In the two Super Bowls since 1990 in which difference in jobless rate was just 0.1%, the Patriots’ defeat of the Eagles in 2005 and the Colts defeat of the Bears in 2007, the predictor proved accurate in both cases.

Other facts of note:

“As always, correlation does not imply causation. And there are exceptions to every rule,” Sathe said. “But one should never underestimate the power of having a job.”

Note: Jobless rates are for year prior to Super Bowl year. Source: Bureau of Labor Statistics. 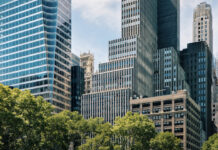