Senior executives understand the importance of reporting and influencing IT energy efficiency, and yet many are using inappropriate tools and metrics for the job. A misguided focus on infrastructure masks (and distracts from) addressing the real systemic inefficiencies in most enterprise data center organizations.

Power Usage Effectiveness (PUE) is an engineering ratio that data center facilities teams can use to capture baseline data and track the results of efficiency improvements to mechanical and electrical infrastructure. Introduced in 2007 by Green Grid, a 501(c)(6) non-profit, open industry consortium, PUE is a measure of data center efficiency; the metric is calculated by dividing the total data center energy consumption by the energy consumption of the IT computing equipment.

The PUE can also be useful for design teams that are comparing equipment or topology level solutions. But, as industry adoption of PUE has expanded, the metric is increasingly being misused as a methodology to cut costs and prove stewardship of corporate and/or environmental resources.

In 2007, Uptime Institute surveyed its Network members (a user group of large data center owners and operators) and found an average PUE of 2.5 (an ideal PUE is 1.0). The average PUE had improved from 2.5 in 2007 down to 1.89 in 2011 in Uptime Institute’s data center industry survey. So how did the industry make those initial improvements? A lot of these efforts were simple fixes that prevented bypass airflow, such as ensuring cold aisle/hot aisle arrangement in data centers, installing blanking panels in racks, and sealing cutouts. Many facilities teams appear to have done what they can to improve existing data center efficiency, short of making huge capital improvements.

From 2011 to today, the average self reported PUE has only improved from 1.89 to 1.7. The biggest infrastructure efficiency gains happened five years ago, and further improvements will require significant investment and effort, with increasingly diminishing returns. In a 2010 interview, Christian Belady, architect of the PUE metric, said, “The job is never done, but if you focus on improving in one area very long you’ll start to get diminishing returns. You have to be conscious of the cost pie; always be conscious of where the bulk of the costs are.”

But executives are pressuring for more. Further investments in technologies and design approaches may provide negative financial payback and zero improvement of the systemic IT efficiency problems.

For nearly a decade, Uptime Institute has recommended that enterprise IT executives take a holistic approach to reducing the cost and resource consumption of computer infrastructure significantly. Historically, data center facilities management has driven IT energy efficiency. According to the aforementioned Annual Data Center Industry Survey (2011-2014), less than 20% of companies report that their IT departments pay the data center power bill, and the vast majority of companies allocate this cost to the facilities or real estate budgets. This lopsided financial arrangement fosters unaccountable IT growth, inaccurate planning, and waste.

The data center design and facilities management communities should be proud of their accomplishments in improving power and cooling infrastructure efficiency, yet the biggest opportunities and savings can only be achieved with an integrated and multidisciplined IT operations and management team. Any forthcoming gains in efficiency will depend on getting the hardware and software disciplines to take up the mantle of pursuing efficient IT on a holistic basis.

Rising energy, equipment, and construction costs and increased government scrutiny are compelling a mature management model that identifies and rewards improvements to the most glaring IT inefficiencies. At the same time, the primary challenges facing organizations are unchanged from almost 10 years ago.

Uptime Institute’s founder, Ken Brill, identified the following as the primary culprits of poor IT efficiency as early as 2007.

Perhaps the industry was not ready to hear this governance message, and the economics did not motivate a broad response. Additionally, the furious pace at which data centers were being built distracted from the ongoing cost of IT service delivery. Since then, operational costs have continued to escalate as a result of insufficient attention being paid to the true cost of operations.

In order to address any of these systemic problems, companies need to secure a commitment from executive leadership by taking a more active role than previously assumed. This kind of cohesion is necessary to conduct effective cost modeling, implement tools like data center infrastructure management (DCIM), and overcome cultural barriers associated with a new IT efficiency program.

Executive leadership should consider the following aspects when launching a formal IT energy management program. These include:

Kudritzki is COO of the Uptime Institute, where he is responsible for the global proliferation of Institute standards. He has supported the founding of Uptime Institute offices in numerous regions, including Brazil, Russia, and North Asia. He has collaborated on the development of numerous Uptime Institute publications, education programs, and initiatives. Killian joined the Uptime Institute in 2014 and currently serves as vice president for efficient IT programs. He surveys the industry for current practices, and develops new products to facilitate industry adoption of best practices. 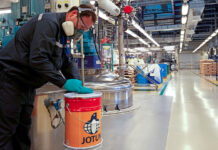 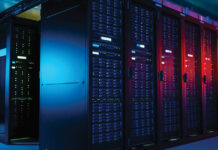 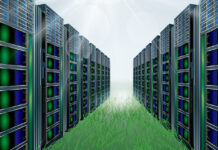