Job seekers may think they’re the only ones sweating the job interview—afraid they’ll say the wrong thing or answer inappropriately—but hiring managers are under just as much pressure. When it comes to drawing the line between what is and isn’t appropriate to ask a job candidate, the parameters aren’t always clear. In a recent CareerBuilder survey, 20% of hiring managers indicated they have asked a question in a job interview only to find out later that it was illegal to ask.

The survey also revealed the less-conventional interview questions hiring managers have asked to see what really makes a candidate tick.

The following questions are illegal for hiring managers to ask; yet, when asked if they knew if these questions were illegal, at least one third of employers indicated they didn’t know:

Unusual Interview Questions (That Are Okay To Ask)

“How would you wrangle a herd of cats?” A hiring manager might ask a question like this to gain insight into a candidate’s ability to organize, lead and motivate others.

“Do you believe in life on other planets?” A question like this might be asked to see if a candidate has an attitude that anything is possible.

“What superpower would you like to have?” How candidates answer this question can provide insight into how they view their own strengths and weaknesses.

“If you were stranded on an island, which two items would you like to have with you?” Answers to this question could indicate a candidate’s ability to weather a tough situation with limited resources.

“If you did not have to work, what would you do?” This question provides a peek into a candidate’s values and interests outside of work, which can help assess for cultural fit.

“If you were trapped in a blender, what would you do to get out?” This question might assess a candidate’s creativity, ability to think on his or her feet, and problem-solving skills. 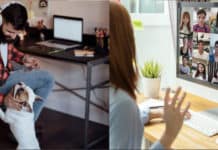 Execs Expect More Teleworking, Even One Year After COVID-19 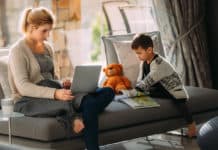 Most Employees Are Working From Home Due To COVID-19