By Michael Silva
From the September/October 2015 Issue

The lobby is the primary point where visitors and other members of the public enter your facility. As such, it is one of the most critical areas to design properly from a security standpoint. Having a poorly designed lobby makes it difficult to control access properly into the building, requiring that additional security measures be provided at the interior of the building. A poorly designed lobby can also increase operational costs by requiring that additional staff be provided to overcome the security weaknesses created by the lobby.

Many lobbies are designed primarily with aesthetics and convenience in mind, with little or no thought given to security. Oftentimes this is because the architect and owner lacked an understanding of basic security concepts, or failed to consider security during the architectural planning process.

It is our opinion that a lobby can be designed to look good while at the same time providing excellent security. Within this article, there are provided guidelines that can help to plan a building lobby successfully.

Before getting into specifics, let’s talk about some basic concepts when designing a lobby for good security.

During normal working hours, the exterior doors of a lobby are typically left unlocked. This allows people to enter the lobby (Semi-Public Zone) to interact with the receptionist. In cases where the person has legitimate business with the company, he or she will be signed in as a visitor, and allowed to proceed into the Private Zone. Depending on company policy, the visitor may or may not need to be escorted by an employee while in the Private Zone.

In cases where the lobby is also used as an entrance by employees, a system needs to be provided that allows authorized employees to pass through the barrier into the Private Zone, while at the same time keeping unauthorized people out.

While the basic concepts for lobby security are simple, many problems can occur that prevent these concepts from being successfully implemented in an actual building. The drawing to the right (top) shows some common security weaknesses that often exist in commercial building lobbies.

As seen in the top drawing (1), sometimes there is no physical barrier between the Semi-Public Zone and the Private Zone. This leads to complete reliance on the receptionist to control access into the building and to prevent an intruder from entering.

When the receptionist is facing perpendicular to the flow of traffic (2), it is difficult to observe who is entering the building. Because of its location, visitors are not intuitively drawn to the receptionist’s desk.

Additionally, if a frequently used customer service counter (7) is located in the Private Zone, customers who wish to visit the counter must be signed in as visitors, creating considerable additional work for the receptionist.

The drawing to the right (bottom) shows an example of a lobby that has been well-designed from a security standpoint.

When the receptionist’s desk faces the lobby (3), incoming traffic can be observed. And because of its location, visitors are intuitively drawn to the receptionist’s desk. Additionally, building elevators should be located behind the barrier wall in the Private Zone (4), as should stairs to the second floor (5).

When possible, the lobby should not be used as a primary employee entrance point. If practical, provide a separate entrance point for employees and discourage them from entering through the lobby. Reducing traffic through the lobby makes it easier for the receptionist to observe activity and reduces the chances of an intruder “tailgating” in behind an employee.

The receptionist’s primary duty should be to manage the lobby and to greet incoming guests. Do not give the receptionist other duties that distract from this primary function or prevent continuous observation of the building lobby.

If at all possible, deliveries should be routed to the loading dock or mail room and not be received at the receptionist’s desk. 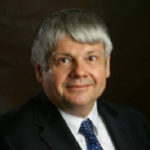 Silva is the principal of Silva Consultants, an independent security consulting firm that specializes in the evaluation and planning of security measures for new and existing facilities. Silva has over 40 years of experience in serving clients in manufacturing, technology, financial services, and healthcare environments. 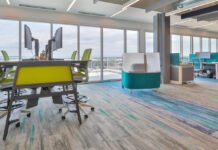