Home » Topics » Environment » The Internet Of Things And Water Management

Flying across the country, looking down, the world simplifies with distance into a network of roads, rails, and runways, connecting every business site to any and every other business site in the world. A multi-branched delivery web that brings water, power, sewer, and Internet. The destination? The last mile, where things happen and where things get done.

If you manage or own a business facility, you know it’s not ever just one thing that can cause havoc, but an ever changing stream of “things.” A stream that can quickly escalate into flood stage at shocking speeds if you’re not careful. Sprinkle in some good old fashion stupid with those “things” and that’s the stuff that costs facilities fortunes. However, the ability to manage this avalanche of “things” is what has everyone so excited about the Internet of Things (IoT). There is now the opportunity to turn real-time site data into actionable knowledge that saves facilities substantial money and time. Today, a growing number of businesses are using IoT to tame one of the most powerful “things” at the last mile: Water.

For a long time, water has been the ugly duckling of essential resources; ignored except in times of sporadic droughts, priced as cheap as … water, and given a blind eye as an opportunity to realize material savings at a facility. But of course, now we all know better. Water rates have risen more than 41% since 2011 and with tiered rates, large water users are seeing huge price jumps in their water costs. Furthermore, as cities are forced to make tough choices due to scarcity, costs to repair an aging water infrastructure increase and water treatment faces escalating complexity due to pharmaceuticals and chemicals in the water stream. Two facts are clear:

Eliminating water waste before IoT technology was extremely problematic due to the inability to realize cost effective 24/7 visibility into a facility’s water use and waste. Water use at a site is an extremely dynamic management problem with significant opportunities for substantial waste and damages. While energy management for the last 30 years has received the lion’s share of a facility’s focus, water’s ability to not just waste money but to wreck havoc and damages is dangerous to ignore. If someone on your site leaves a light on, the harm is minor, but if someone leaves a faucet on, a leak occurs, or a sprinkler over irrigates, the damages can quickly escalate from a higher water bill to brand damage from being labeled a “water waster,” to property damages and even personal injuries. The solution is real-time water visibility and conservation automation. Perhaps the most powerful example of IoT’s ability to address water waste is smart irrigation.

With field proven, wireless technology and cloud-based analytics, smart irrigation replaces existing irrigation controllers (which are just simple timers), with cloud enabled smart irrigation controllers that apply water based on plant need and weather. Moreover, with flow sensors and real-time alerts, property managers and landscape contractors can be alerted the second something goes awry, which if your site has any significant landscape at all, you know this can happen quite frequently.

With traditional irrigation controllers wasting anywhere from 25% to 75% of a site’s water use, smart irrigation controllers — which can eliminate up to 95% of water waste — are now being specified for new construction by a wide range of Fortune 1,000 corporations and leading municipalities across the country.

Smart irrigation with IoT technology is such a powerful tool that Walmart cited it in its Global Responsibility Report: “As of 2014, Walmart U.S. has deployed and is managing smart irrigation systems at more than 1,000 stores and clubs. These cloud-based management systems include real-time weather and site-specific watering instructions. Over the past five years, we’ve reduced water consumption by an average of nearly 33 percent per site, and this tool will help us continue to make gains in this area.”

Smart irrigation powered by IoT technology isn’t just about getting the right amount of water to the right place at the right time, it’s about delivering the right piece of site data to the right person at the right time. This data-driven shift was made possible when two-way wireless communication became affordable and ubiquitous. The ability to communicate with thousands of controllers in real time and operate hundreds and even thousands of stations and flow sensors from a central, remote location saves property owners huge amounts of time and money.

IoT’s main benefit is often cited when discussing smart homes and the ability to control your house’s lights and door locks, but as people watch the residential home market lurch and stagger towards the realization of the smart home, IoT is alive and well in the commercial smart building space where it is already delivering material savings in money, time, and yes water. 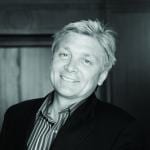 Chris Spain is CEO and President of HydroPoint, which he founded in 2002. HydroPoint is the established leader in smart water management solutions targeting the area of greatest waste in urban water use – landscape irrigation. As an EPA WaterSense® Partner, HydroPoint’s WeatherTRAK® smart irrigation system helped commercial, municipal, and residential customers cut $137 million in expenses saving 15 billion gallons of water and 62 million kilowatt hours of energy in a single year.