By Brad Dockser
From the November/December 2015 Issue

In 2013, Green Generation Solutions (GreenGen) was approached by an assisted living owner and manager to explore how they could move past thinking about energy as a cost and begin to think strategically about how to use energy as a driver of value for their national real estate portfolio. GreenGen worked together with the manager to develop a prioritization matrix for the portfolio that looked at the cost of power and rebate potential in order to maximize the ROI of any invested capital.

The review led to several pilot programs at several of the owner’s facilities. One of these is a three story, assisted living facility that operates 24/7 with the comfort and care of its residents being of utmost importance. Built in 1996, the nearly 60,000 square foot facility contains approximately 96 rooms with a high-end clientele and equipment and systems typical for its age.

The project team identified several key performance indicators that would be used to define success, including economic ROI, reduction in greenhouse gases and water, and minimizing impact on residents. These were established to help sustainability become a strategic advantage for the property and company.

Initially, an available utility rebate program was analyzed to determine how it could be used to maximize the project ROI, and we examined utility bills and interval data from smart meters to understand where money was being spent, paying particular attention to both baseload (kWh) and peak (kW) consumption. Then the engineering team went on-site to survey the facility, including equipment, controls, and operating procedures.

This process identified not only numerous areas of strength, but also areas where new technology could be introduced to reduce operating costs and optimize the management of the building and its systems. The final solution, developed in conjunction with senior management and the on-site team, included lighting and HVAC, as well as building controls and cooling tower optimization.

Like many facilities operating on a 24/7 basis, there was limited focus on reducing electricity consumption with priority placed on the needs of the residents. While this remained the paramount concern, the team observed areas where reductions could take place without impacting the resident experience. The key was to find ways to optimize the user experience while reducing consumption when no one was present in a specific area or the demand of the facility was less than the full capacity of the building systems.

The chosen approach included the installation of variable frequency drives on the condenser water loop, nearly 200 faucet pressure controllers, and occupancy sensors. The project also included lighting retrofits addressing more than 250 fixtures and lamps, including installation of a variety of LED fixtures, converting T-12 to T-8 lamps, and adding occupancy sensors in offices and back of house areas. The project also included adding VFDs on the HVAC system and integrating these into the building management systems.

The final gross investment was approximately $61,000 ($636/room), and the facility captured nearly $8,000 in rebates from its utility energy efficiency rebate program, leading to a net investment of $53,286. Meanwhile, the first year savings from energy and water costs have nearly exceeded $20,000, leading to a net payback of 2.7 years. In addition, the property is owned by a REIT that trades at a 5% yield, so the project will increase the enterprise value by $392,000 (more than $4,000/room), leading to significant opportunity when scaled across their portfolio.

The savings of nearly $20,000 represents a 17.3% reduction in utility operating costs, consistent with the initial modeled savings. The increase was in part a result of the on-site teams’ increased diligence as their energy awareness grew over the course of the project.

Sub-metering equipment was installed at the load and on the main meter in order to evaluate the project performance on an ongoing basis and identify the real-time savings from key elements of the efficiency solutions. Today what was learned during this pilot is being implemented across the owner’s portfolio—a result of being able to demonstrate quantitatively that energy efficiency upgrades drive value. 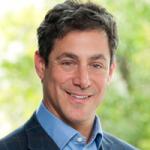 Dockser is CEO of Green Generation Solutions, a global energy solutions provider based in Washington, DC.