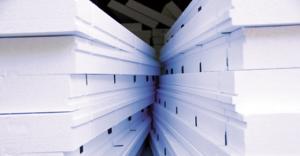 Model energy codes establish minimum requirements for thermal resistance of building envelopes. Thermal resistance is often measured in R-value, which is a measure of insulation’s ability to resist heat traveling through it. The higher the R-value the better the thermal performance of the insulation is. Model energy codes are adopted by states or local jurisdictions and are sometimes left as-is or are modified by state or local building code agencies to reflect a jurisdiction’s local conditions. The most often-adopted energy code in the U.S. is the International Energy Conservation Code (IECC), developed and published by the International Code Council (ICC)

IECC 2015 was published in mid-2014 and was available to jurisdictions for adoption at that time. The IECC is published every three years, and many locations are still using earlier editions of IECC. If in doubt, facilities should check with their local building departments to find out which version of IECC is in effect in their area.

It is important to note the ICC doesn’t thoroughly consider the cost implication of making its codes more stringent, such as increasing minimum R-value requirements. 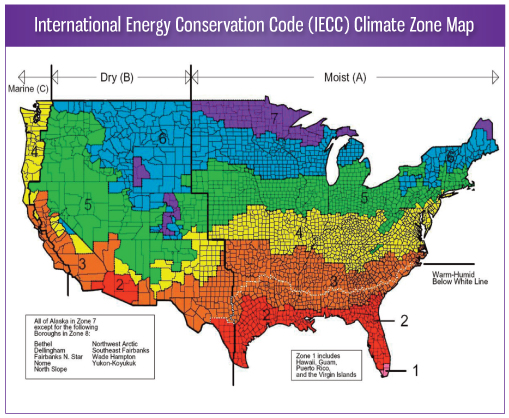 A hypothetical project consisting of a roof assembly with insulation above deck on a 10,000 square foot single-story building was considered. Construction cost increases and corresponding theoretical energy savings information was developed by changing the hypothetical roof assembly in each city from R-10 to R-15; R-15 to R-20; R-20 to R-25; and R-25 to R-30. City-specific current energy costs (natural gas for heating and electricity for cooling) were used in the analysis. Cost payback length was determined by dividing the incremental increased cost for adding R-value by the calculated energy cost savings.

The analysis revealed that insulation increases from R-10 up to R-15 have the relatively shortest paybacks; these ranged from 12.4 years to 13.3 years. (A 2004 study conducted by The Roofing Industry Alliance for Progress revealed the average lifespan for a low-slope roof system in the U.S. is 17.4 years.)

Cost payback lengths vary by a city’s climatic conditions and heating and cooling energy costs. For example, energy costs significantly vary between Boston and Denver, resulting in wide variances in cost paybacks even when comparing cities in the same climate zone.

For a detained financial analysis of the long-term costs and potential savings of an energy efficient roof system, it is prudent to consult an experienced accountant.

NRCA considers a roof assembly’s thermal performance to be an important attribute to overall performance. However, based on NRCA’s analysis, in many instances the energy codes’ current high minimum R-value requirements do not provide building owners and operators adequate energy cost savings to justify additional construction costs.

NRCA cautions against making representations of cost savings that can result from adding high insulation R-values.

NRCA recommends roof assembly designers provide designs that comply with the minimum requirements for the specific energy code applicable in the jurisdiction where a building is located.

As state and local jurisdictions consider updating their energy codes, facility executives and other stakeholders have an opportunity to contribute to the discussion. Generally, there is a public comment phase during the energy code update process. Meanwhile, an online resource from NRCA lists, by state, which energy codes have been adopted here.

In November 2014, the NRCA published an industry issue update for its members that analyzed energy savings and cost paybacks stemming from energy code mandated increases in R-values for low-slope roof assemblies.

These findings and NRCA’s conclusions are summarized in a document that can be found online.

Also, because insulation is a significant component of roof systems, facility executives should consider asking their roof system designers to use cover boards between roof membranes and rigid roof insulation in their low-slope roof assemblies in order to protect insulation and to enhance overall system performance. 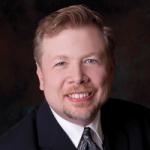 Wilen is director of technical services at the National Roofing Contractors Association (NRCA). He joined the NRCA staff in 2011 after 18 years with architectural, forensic, and roof consulting firms. Wilen holds a Bachelor of Architecture degree from the Illinois Institute of Technology, Chicago, and is a licensed architect in Illinois. Wilen is currently a member of two ASHRAE committees as well as being active with a number of ASTM International committees.

To share your thoughts on this topic, please visit the Comments section below.