It was the summer of 2014 and two Microsoft veterans, Phil Wheat and Zain Naboulsi, were chatting about drones. They knew the small gizmos were going to be ubiquitous in the near future and, after several hours of discussion, they realized that the potential for malevolent use was high.

With that, Drone Labs™ was born, and several months later its flagship product, Drone Detector®, was created. Within a year of conception, Drone Detector has emerged as a detection system with a worldwide partnership network. 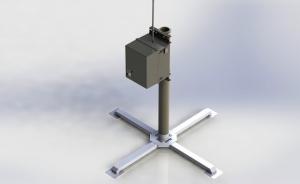 Drone Detector is the only drone-detection system capable of using a layered approach beyond audio, which is useless in any noisy environment because it needs complete silence to detect any discernable sound, and even with silence, it “hears” at less than 100 feet; audio is the weakest system available.

Drone Detector, with its ability to use radio frequency detection, can currently spot a drone at up to a one kilometer distance. This is GPS-based, and it allows the user to not only detect a drone but also to find its operator, which is very important to law enforcement. The only detector on the market with “friend or foe” identification, Drone Detector is designed for ease of installation, and it keeps detailed intrusion logs. Drone Labs plans to add video, thermal, and radar capabilities.

Arenas ripe for drone detection including prisons, where drones deliver drugs, prescription pills, and other contraband. Movie sets, celebrities, and facility management professionals seeking to protect assets and people from intrusive drones, as well as law enforcement, are among those using the product.