The old expression “Spring forward, fall back” reminds us to adjust our clocks for Daylight Saving Time (DST), which begins this Sunday, March 13.

The rationale for DST has always been that it saves energy by making the most of daylight hours. But studies have questioned whether DST actually results in energy savings, or if increased use of air conditioning and more travel cancel out the lessened demand for illumination.

What is certain is that losing a precious hour of sleep may be sapping workers’ energy. Less sleep leads to tired workers… and tired workers make mistakes.

The Big Costs Of Being Tired

The costs of working tired – both for employees and the businesses they work for – are high: Respondents to a recent Accountemps survey say working while tired results in a lack of focus or being easily distracted (52 percent), procrastinating more (47 percent), being grumpy (38 percent,) and making more mistakes (29 percent).

Specifically, respondents to the survey admitted to – or heard of others – making the following mistakes due to being tired on the job:

Even if a big mistake isn’t made, being exhausted on the job can be embarrassing: Some people simply try to catch up on sleep at the office: two in five workers (43 percent) have caught someone sleeping at work, according to a recent CareerBuilder survey. (It’s no surprise then, that nearly two in five workers said they would take advantage of a designated “nap room” if offered at their workplace.)

So, how can you and your coworkers counteract the impact of DST? Here are some suggestions:

To Sleep, Perchance To Dream?

The story doesn’t end there: Even when workers do manage to get enough sleep, some can’t seem to escape the office. Sixty percent of workers who took the CareerBuilder survey reported that they have dreamed about work, with more than one in 10 (13 percent) saying it happens always or often.

What happens in their workplace dreams? According to CareerBuilder: 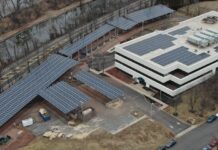