It’s that time of year again: Soon, nearly everyone at work will become a rabid college basketball fan. Whether or not they’ve watched a game of hoops all season, suddenly their worlds revolve around the NCAA Men’s Basketball Championships. Is this phenomenon, commonly known as March Madness, an unwelcome workplace distraction, or a fun way for employees to bond over their brackets? 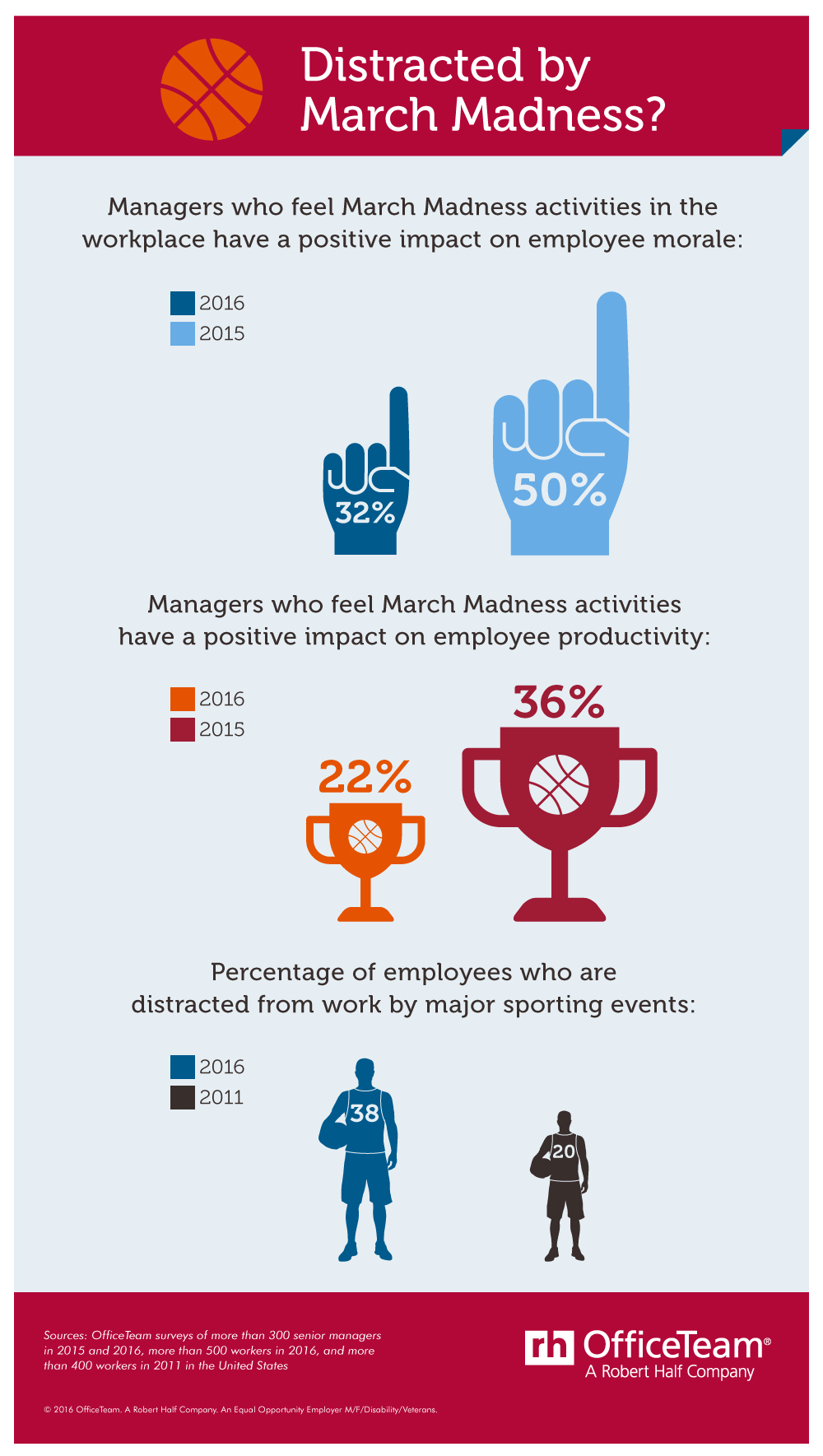 Depends on who you ask.

Surprisingly, most managers are neutral when it comes to the impact of March Madness activities on employee morale and productivity, according to new research from OfficeTeam.

March Madness activities have no impact one way or the other on employee morale, say 59% of senior managers. About one-third (32%) see some advantages to letting staff celebrate their favorite teams, down from 50% one year ago. Managers were also less inclined to see productivity benefits.

Even though managers don’t seem too concerned about their employees focusing more on the game than their work, office workers admit that sports are becoming more of a distraction. In a separate survey, 38 percent of office workers polled said they are distracted at work by major sports events. This is up from 20 percent five years ago.

“Today’s technology makes it easier for people to get game updates from just about anywhere, including the office, but March Madness doesn’t have to be a workplace productivity killer,” said Brandi Britton, a district president for OfficeTeam. “When sporting events are enjoyed in moderation, employees get a chance to bond and take occasional breaks, which helps them stay motivated in the long run.”

A Method To Your March Madness

How can sports fans stay on the ball at work, and enjoy the games at the same time? Here is a helpful list of do’s and don’ts when celebrating March Madness at work: 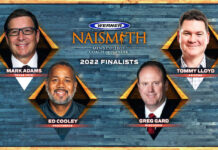