Increasingly, institutional investors, asset managers, and consultants are viewing energy efficiency as a core component of a building’s overall valuation, “grading” properties on their sustainability compliance. The ENERGY STAR standards can be a reliable way to grade these assets. Research suggests certified buildings are more attractive by commanding 1-3% higher rents and 10+% higher valuations than non-benchmarked buildings, so a building’s energy footprint and associated ENERGY STAR score can drive significant value.

Programs such as ENERGY STAR, benchmarking, and LEED have led to an increased adoption of efficient building initiatives ranging from window and lighting enhancements to building and energy management technologies. In particular, the ENERGY STAR program has yielded widespread and incontrovertible results. According to a study conducted by the City of San Francisco and ULI, ENERGY STAR buildings throughout San Francisco became 7.9% more efficient between 2010 and 2014, with median ENERGY STAR scores climbing to 87. In New York, in just a one-year period from 2010 to 2011, the average building score also improved rapidly, increasing by 3 points from 64 to 67.

ENERGY STAR Changes On The Horizon

In the coming months, however, facility executives may be in for a shock, because the EPA is expected to update the baseline energy consumption data that determines ENERGY STAR scoring for buildings. The current Commercial Buildings Energy Consumption Survey (CBECS) data used for calculations is still based on a 2003 survey. As new data comes in from 2012’s CBECS, a long overdue baseline reset could leave commercial buildings vulnerable to ENERGY STAR score reductions, which, in turn, could jeopardize their ENERGY STAR and LEED certifications, ultimately triggering millions in necessary upgrades.

To drill deeper, the ENERGY STAR score of commercial buildings is predicated on baseline data from the CBECS, which is conducted once every four years by the Energy Information Administration (EIA). However, an absence of CBECS reporting in both 2007 and 2011 means that the current ENERGY STAR scores are no longer an accurate measure of current building efficiency. For example, because overall energy usage fell by 7% from 2008-2011 alone, it is highly likely the new 2012 CBECS data will institute a much higher baseline for buildings seeking ENERGY STAR or LEED certification.

While this baseline recalibration may make it more difficult for some buildings to reapply for certification, it could help combat the complacency many CRE industry observers have noted. Currently, many building operators with high ENERGY STAR scores may think “we have a 92 score, we’re done” and, as a result, may delay adoption of Energy Management Software (EMS) and other comparable technologies.

Lowered scores could re-invigorate operators to continue to reduce their energy costs, as EMS remains the most cost-effective and easy-to-implement approach to these reductions. In fact, according to the Department of Energy, a building can often see a 10% operational efficiency improvement by making low cost operating changes. Indeed, commercial properties utilizing multi-functional EMS for electricity, water, gas, and steam, either independently or in tandem with Building Management/Automation Systems (BMS/BAS), will be much better positioned to maintain high ENERGY STAR scores and certification.

As the industry awaits this impending shift, its potential impact underscores the fact that EMS solutions can anticipate these sorts of risks and provide property owners, managers, and chief engineers the measures they need to ensure their portfolios are in compliance. Whether a building team wants to identify cost savings, optimize energy usage, or monitor ENERGY STAR score fluctuations, EMS is unequivocally the easiest and most effective method of adapting to this benchmarking shift and enabling an increase value in net operating income (NOI). 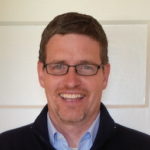 Jon Moeller is CEO of MACH Energy, a provider of cloud based energy management software, where he also heads sales and corporate development. Prior to joining MACH, Jon spent a decade in financial services business development and transactional roles at Banc of America Securities, Cowen and Co., and Storage Technology Corporation. Jon is also currently President of a mixed-use project based in San Francisco, and an active member of ULI San Francisco’s Sustainability Committee.