VisionPoint VMS (video management software) by 3VR features several new enhancements. These include support for 360° cameras, the addition of a web-based OpCenter, and integration with tape-based storage solutions from Quantum. 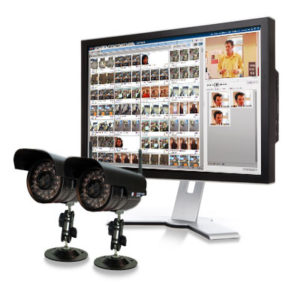 VisionPoint VMS now supports 360° cameras from Arecont Vision, Axis Communications, Sony Electronics, and Vivotek for a field of view much wider than fixed cameras. Rather than de-warping the video at the camera level, VisionPoint VMS technology de-warps the video at the VMS level. Doing so maintains higher video quality during processing, so more video data is available for post-incident analysis. Camera orientation and configuration are managed using the system manager, so cameras from multiple vendors can be used.

The new OpCenter is a web-based operations center that enables users to search and analyze video data from VisionPoint VMS on any computer or mobile device via the Internet. Users can watch live or recorded video with the ability to view single or multiple channels across an enterprise. OpCenter enables patented search capabilities such as motion and analytics-based searches like dwell time, facial surveillance, and gender identification with a completely redesigned user interface.

VisionPoint Video Management Software has also been integrated with tape-based storage solutions from Quantum. This gives users the ability to archive and store video data for extended periods of time. Users can seamlessly view and search the video stored on tape directly through the OpCenter.

VisionPoint VMS is available in both a Standard and Pro version with an optional enterprise server for large and remote deployments. It can be installed on commercial off-the-shelf (COTS) hardware, on certified partner hardware, and is included on any of 3VR’s NVRs. It is also included on the S-Series and P-Series hybrid video recorders if keeping analog cameras while expanding to IP is preferred.