There’s not much that can ruin your day faster than finally taking a much-needed lunch break, strolling over to the office fridge expectantly — your stomach growling — only to find some bandit has made off with your lunch. Believe it or not, 71% of full-time American employees have had their personal snack, drink, or meal stolen out of the communal office kitchen.

According to a recent survey of full-time office workers by Peapod.com, there is a war being waged in the offices of full-time American employees, and the battle cries are those of hunger.

It’s interesting to note, that while nearly three quarters of respondents say they have been the victim of a food heist, only about a third (35%) admit to taking something that wasn’t theirs.

So who’s stealing the snacks? According to Peapod, it’s the youngsters. Or at least they’re the only ones willing to admit their thievery. Millennials (aged 27-35) in the workforce are most at risk of losing their snacks – a whopping 73% report having had their food taken at work. They’re also most likely to retaliate, as 48% admit they have stolen someone else’s snack.

It seems the older workers are, the less likely they are to steal (or admit it): Boomers and older workers were the least likely to admit having taken someone else’s snacks (only 18% of those 55 and older).

In terms of geography, things tend to be tougher in the city: nearly 40% more urban workers admit to taking someone else’s snack than those in rural areas. Overall, men were nearly twice as likely as women to admit to having taken snacks that didn’t belong to them.

Perhaps ironically, those working in the hospitality industry were the most likely to report having taken snacks (51%). Not surprisingly, those in the religious/nonprofit industries were least likely.

Some companies are offering benefits like free snacks to help their employees co-exist in peaceful snacking harmony. Free snacks are so important to a positive work experience that Peapod found that 66% of Millennials agree, “If I found or was offered a job at another company with better perks, including availability of free snacks, I would take it.” 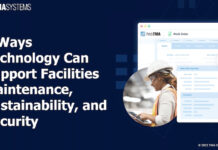 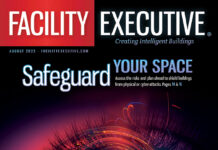