At the Walter Anderson Museum of Art (WAMA) in historic Ocean Springs, MS, new lighting and control systems have enabled the facility’s management to appropriately showcase and preserve the historic artwork housed there — while also saving money and energy. Mississippi Power, the museum’s energy provider, recommended SYLVANIA Lighting Solutions (SLS), an OSRAM Americas company, to evaluate and execute the upgrade. SLS provided a suite of lighting services to help improve the museum’s appearance and operations. 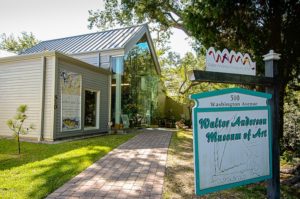 Opened in 1991 WAMA is dedicated to the celebration of the works of Walter Inglis Anderson, whose depictions of the plants, animals, and people of the Gulf Coast have placed him among the forefront of American painters of the Twentieth Century; and his brothers, Peter Anderson, master potter and founder of Shearwater Pottery; and James McConnell Anderson, noted painter and ceramist. The watercolors, drawings, oils, block prints, ceramics, and carvings by the three Anderson brothers are all represented in the permanent collection at WAMA.

“Walter Inglis Anderson was an early environmentalist, and we always want to promote harmony between his art and the surrounding coastal environment,” says Rosemary Roosa, executive director, WAMA. 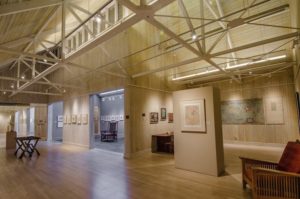 The existing lighting installed in the 1990s, which consisted of incandescent spots and floods and linear fluorescent tubes, didn’t showcase the artwork in an optimal manner. As lamps reached their end of life and were replaced, the museum found itself with an inconsistent look throughout the facility due to the different color temperatures and quality of the lighting. “The nuances of the art work were being lost,” says Roosa. “Therefore, we wanted to install high quality lighting and a controls system to showcase and preserve the art work, which includes fragile watercolors, and save money and energy.”

Crucial to the project, which was completed in Fall 2015, was to uphold the museum’s core focus. “The first part of our mission statement is ‘To preserve the art and legacy of Walter Inglis Anderson, his family and kindred artists.’ The new light needed to showcase the beauty of valuable Anderson family masterpieces, but also had to refrain from damaging the pieces,” says Roosa.

For WAMA, SLS provided a suite of services, including an audit and survey of the existing lighting system, project management, and design, installation and commissioning of the new lighting and controls solution. SLS began this project by conducting complete energy audits. Survey specialists generated reports for the museum’s distinct challenges and worked to provide solutions. Full interior photometric designs with 3D light rendering for WAMA were developed out of the SLS Design Center in Middletown, NY.

The experts at SLS determined that LED and reduced wattage SYLVANIA fluorescent lighting from OSRAM SYLVANIA provided the right combination of energy savings, long life ratings, and superior light quality for the museum’s specific needs. “Our museum has high ceilings and a cathedral feel that represents Walter Anderson’s spiritual connection with nature,” explains Roosa. “This did present issues though when we needed to replace lights. We appreciate the long life of the new lighting will address this problem. In addition, the new LED lamps do not give off the heat our previous lighting did, and are free of UV and IR radiation, which also helps preserve the artwork in several of our galleries.” 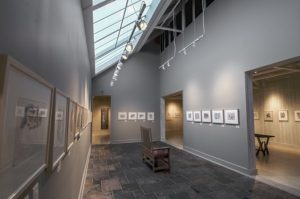 As part of the project, a wireless lighting controls system was installed that allows the museum to save even more energy by automatically shutting off lights when no one is in a room, and set specific lighting scenes for events throughout the day.

“Two of our goals as a museum are to collect and preserve examples of the highest quality art of Walter Inglis Anderson, Peter Anderson and James McConnell Anderson, and to continue operating the Museum in accordance with the highest professional and ethical standards as established by the American Alliance of Museums,” Roosa says. “Working with SYLVANIA Lighting Solutions to upgrade our lighting helped us meet those important objectives, and the beauty of our artwork is truly accentuated under the new light.”

As a result of upgrading its lighting, WAMA projects an annual saving of 48,333 kWh, translating into $6,798 in energy savings and avoidance of 65,996 pounds of CO2 emissions from electricity plants. In addition, because of the long life of the lighting systems, the museum also expects to save approximately $1,349 in maintenance costs per year.