Interest and investment in energy efficiency are at an all-time high, according to the 2016 Johnson Controls Energy Efficiency Indicator (EEI) survey of more than 1,200 facility and energy management executives in the United States, Brazil, China, Germany, and India. 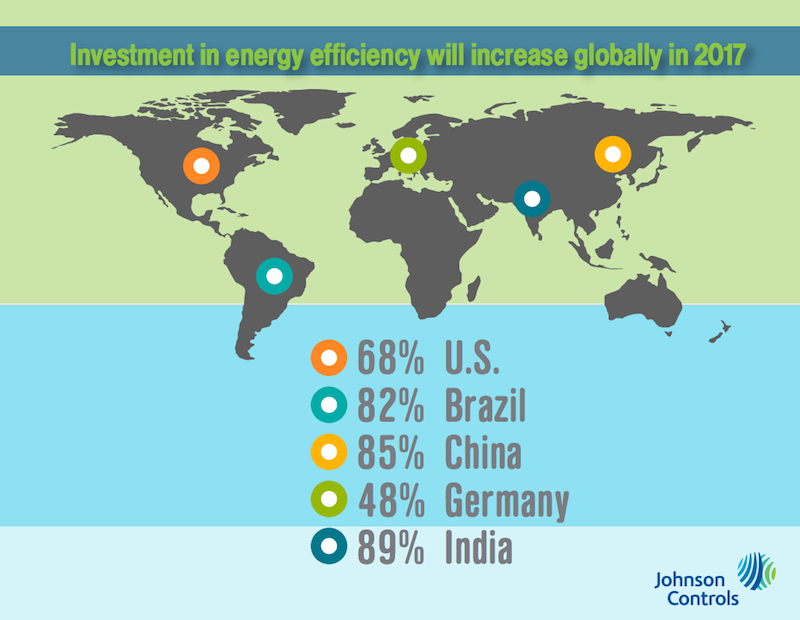 “Energy efficiency is the center of a major transformation of our buildings, energy systems and urban infrastructure,” said Bill Jackson, president, Building Efficiency at Johnson Controls. “Investment in smart, sustainable, and resilient buildings is key to increasing urban efficiency and delivering its many social, environmental, and economic benefits.”

As in the past, respondents report lack of funding, insufficient payback, savings uncertainty and a lack of technical expertise as the most significant barriers to investment. According to the survey, organizations operating larger portfolios of buildings are more likely to use internal capital for investments and are twice as likely to secure external financing or use energy services agreements to make energy-efficiency improvements. 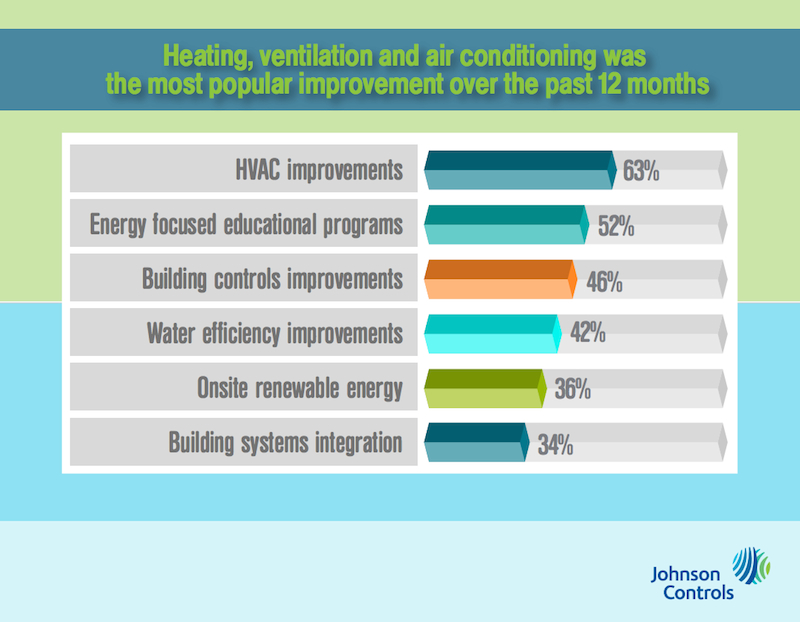 Additional key findings that emerged from the survey include:

A summary report of the survey is available online.