Meredith-Springfield Associates, Inc., a Ludlow, MA plastics manufacturer specializing in extrusion blow molding and injection stretch blow molding, announced the adoption of an environmentally sustainable solution for the most recent expansion project of the JFK Performing Arts Center in Washington, D.C. This 65,000 square foot project will provide a rehearsal space, classroom space, event and pre-function area, along with a 150-seat multipurpose room and more.

Cobiax USA Inc., will provide the voided slab technology to Facchina Construction Company Inc., based on the structural design by Robert Silman Associates. The design incorporates long spans without the use of beams and lightens the structure by displacing approximately 30% of the concrete normally required for a comparable flat slab.

Meredith-Springfield Associates will mold and construct roughly 20,000 blow-molded plastic spheres, which will reduce the amount of concrete needed for the project. The hollow, plastic balls will be used to create voids within wire cages used in the construction of the new expansion. The newly expanded center and memorial is scheduled to open in 2018; the new expansion will feature interior spaces with rising ceilings, filled with natural light.

These plastic spheres will help the JFK Performing Arts Center qualify for Leadership in Energy and Environmental Design (LEED) credits. The replacement of concrete reduces the weight and carbon emissions during shipping and reduces the time and energy during construction.

The design and construction costs for the JFK Performing Arts Center Expansion Project will be paid for entirely with contributed funds and is expected to open in 2018. With a $50 million gift from David M. Rubenstein of Washington, DC, announced in 2013, the Center began a major capital campaign of $125 million: $100 million for the expansion and an additional $25 million for major Kennedy Center programming initiatives.

“We are proud to be a part of this expansion project that will be using recycled plastic. Sustainability is an important element of what we do here at Meredith-Springfield Associates,” said President and Chief Executive Officer, Mel O’Leary, Jr. earlier this year. “Throughout July and August we will be working to mold two sizes of these void formers for use in the construction project. Using the spherical products, you can eliminate the need for beams and take out as much concrete as strategically possible without sacrificing the strength of the slab. The end result is a building that weighs less, costs less and is environmentally friendly.” 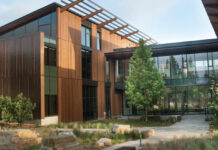 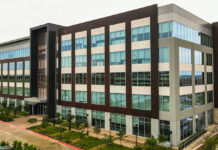 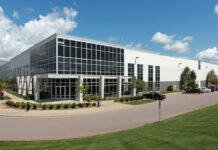