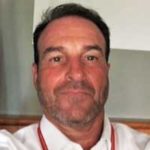 The main branch of the Alachua County Library District installed a thermal energy storage system that shoulders the bulk of cooling demands. In operation since June 2015, the system lightens the load on the facility’s air-cooled chiller.

Of the building’s 80,000 square feet, approximately 75,000 square feet consists of air conditioned patron/staff area. We budgeted to replace our 200-ton existing air-cooled chiller in FY 2014-2015. The original plan was to do a straight change of air-cooled chillers. However, upon reading an article on the benefits of thermal energy storage, I decided to research this option further.

As part of our due diligence, I contacted the closest thermal energy storage system in service and received a recommendation for CALMAC [, the thermal energy storage provider ultimately chosen by Alachua County]. Next, we connected with our local power provider, Gainesville Regional Utility (GRU) and together contracted a feasibility study to determine cost savings and an acceptable return on investment (ROI). Once we determined that adding thermal energy storage to the project would be to our advantage we wrote a scope of services and solicited proposals. When the equipment, delivery time, and install contractor were finalized we put together the demo/install schedule. We were down exactly two weeks from start to finish.

What were the motivating factors to pursue this project?

As mentioned above, we had already planned on replacing the existing air-cooled chiller. A large part of my job is energy management, and I’m always looking for ways to improve efficiency and cut costs. Next to labor, utility costs are our largest operating expense. Utility costs in Alachua County are relatively high in comparison to other parts of the state of Florida with demand charges being a large part of our monthly bill. GRU uses a time-of-use rate structure, which resulted in nearly $10 in fees for each kW used during peak demand hours. What we liked a lot about the thermal energy storage system was it would allow us to “shift” demand from these on-peak hours to off-peak hours. Our analysis showed that energy charges are roughly 65% less expensive at night during these off-peak hours as compared to daytime hours.

How did you research the options available? And how did you arrive at the final decision?

For this project, much of my research came from peer referrals and recommendations from colleagues who have experience with the technology. As mentioned, I read an article written by CALMAC’s CEO, Mark MacCracken, around the same time we were putting together the scope for our chiller change-out. I discovered a facility close to us that had a thermal energy storage system in use and reached out to the facilities director there with specific questions. He indicated he was working on his third system using the technology.

At that point we commissioned an engineering firm—also recommended to us by this facilities director—to put together the feasibility study. It was determined that the thermal energy storage system had a payback of 3.31 years in comparison to a straight change.

I researched the viability of thermal energy storage within our application and presented it to our stakeholders with a recommendation. Based on my research, I felt that leveraging the chiller replacement to implement thermal energy storage was the best approach, as shifting our peak energy use to off-peak hours would have significant savings benefits for the district and, thereby, the taxpayer.

Based on the testimonials and recommendations from the system designers that I had obtained, we decided on a Trane chiller system. CALMAC and Trane have partnered on a number of thermal energy storage systems, and we felt comfortable that the system would interface well with our existing building automation system (BAS). Another factor in deciding on CALMAC was the 10-year warranty and the fact that its IceBank tanks have a life expectancy of nearly 40 years. Additionally, the tanks have no moving parts and require minimal upkeep, which from a maintenance standpoint was very appealing.

How has the energy storage system impacted operations and maintenance procedures?

The thermal energy storage system has been a tremendous learning experience for me and my staff. We have been exposed to the latest technology in regards to load shifting. The library’s thermal energy storage system is the first of its kind in Alachua County and has received a tremendous amount of positive feedback. In regards to our maintenance procedures, we have not had to make many changes. The system integrated seamlessly with our BAS. Maintenance largely takes the form of monitoring (leaks, water levels). The chiller has been placed on our normal preventive maintenance schedule—same as the pump system.

What have the results been thus far?

Using approximately 125kW of CALMAC’s 8’x8′ energy storage tanks, the library is able to capitalize on significantly less expensive nighttime energy, which costs $0.023 per kWh, as opposed to creating instantaneous cooling during the day that could cost as much as $0.072 per kWh.

Our objective all along was to reduce overall utility cost and shift peak load demand. This system has done both. We knew the system would reduce cost, and we had an understanding based on the study of how much. We also knew during the hot Florida summer months we would have to supplement with a combination of running both the chiller and the thermal energy storage system. What we did not expect was how little we have had to run the chiller during peak demand hours.

Any other comments on this project, or lessons learned?

If you are in the new construction design stage or retrofitting existing central energy plants, you should consider thermal energy ice storage. I would advise any owner, operator, or facility manager to consider load shifting technologies like energy storage and to take a close look at the demand tariffs on their utility bills. Even buildings on a flat rate pricing structure have demand charges that can make daytime energy much more expensive than nighttime energy.

Please share your questions or comments on this project in the Comments section below, or send an e-mail to the Editor at acosgrove@groupc.com.