By Tom Boer and Sam Brown

Industry relies upon ammonia refrigeration systems for mission-critical cooling purposes. New enforcement initiatives announced by the U.S. Environmental Protection Agency (EPA), combined with new policies adopted by the Department of Justice (DOJ), have increased the risk of inspection and enforcement faced by facilities operating such systems. At the same time, EPA and the Occupational Safety and Health Administration (OSHA) are expanding regulatory requirements applicable to the operation of larger ammonia systems.

Ammonia is a commonly used refrigerant across a broad spectrum of industries, including at food processing facilities, cold storage warehouses, and chemical manufacturing plants. Recently, usage of ammonia also appears to be expanding into the commercial and retail sectors. This is likely due to the phase-out of chlorine-based refrigerants under the Montreal Protocols and restrictions on fluorinated hydrocarbon refrigerants due to global warming impacts.

Ammonia, however, is toxic, and accidental releases can cause injuries and death. Exposure to even low concentrations of ammonia — 5 to 50 parts per million (ppm) — can cause nausea and vomiting, while exposure above 300 ppm can lead to loss of life. The widespread usage of ammonia as a refrigerant increases the risk of incidents. For example, according to a June 2015 EPA Region 7 report, nearly three-quarters of all reported chemical accidents in Iowa, Kansas, Missouri, and Nebraska, involved anhydrous ammonia.

Ammonia systems, particularly those with larger charges, are heavily regulated. For example, systems with charges above 10,000 pounds (approximately 2,000 gallons) may be subject to multiple regulatory requirements including the: (i) OSHA Process Safety Management (PSM) Standard; (ii) EPA Risk Management Program (RMP); (iii) EPCRA reporting requirements; and (iv) Chemical Facilities Anti-Terrorism Standards implemented pursuant to the Homeland Security Appropriations Act of 2007. All ammonia systems, including those with charges under 10,000 pounds, are subject to section 113(r) of the Clean Air Act, which imposes a “general duty … to identify hazards which may result from releases using appropriate hazard assessment techniques, to design and maintain a safe facility taking such steps as are necessary to prevent releases, and to minimize the consequences of accidental releases which do occur.” Local and state governments often impose additional regulatory requirements. Facilities with ammonia systems must, therefore, maintain compliance with regulatory programs administered by multiple agencies.

Beginning in October 2016, ammonia facilities can expect more frequent EPA inspections due to EPA’s new National Enforcement Initiatives that will direct EPA resources. EPA selects enforcement priorities based upon identification of “national environmental problems where there is significant noncompliance … and where federal enforcement efforts can make a difference.” One of EPA’s initiatives will focus on preventing catastrophic accidents and explosions that threaten employees and emergency responders, and release chemicals that threaten human health and the environment in neighboring communities.

Given the widespread prevalence of ammonia systems, and the high percentage of accidental releases attributed to such systems by EPA, we expect EPA to focus its resources on such systems. In fact, anecdotal evidence indicates that inspections have already increased and EPA has announced that, in some states, it has set a goal of inspecting every ammonia system. This focus was also emphasized by EPA in early 2015, when the agency issued an enforcement alert warning on the importance of comprehensive compliance with regulatory requirements, and the increased risk of inspections, for ammonia refrigeration systems.

Recent DOJ policy changes have increased coordination between OSHA and EPA in enforcement cases. The new policy grew from DOJ’s conclusion that companies suspected of mistreating employees are more likely to be out of compliance with environmental regulations. Worker safety violations are now more likely to be accompanied by an assessment of environmental compliance. As a result, violations — such as ammonia releases confined on-site — that may previously have resulted in only an OSHA penalty are likely to trigger a more widespread government enforcement response and investigation of overall environmental compliance.

Civil penalties for violating regulatory requirements applicable to ammonia systems can be substantial. Failure to report even small releases, deficient RMP plans, or a failure to meet employee training requirements can result in penalties running tens of thousands to hundreds of thousands of dollars. The cost of injunctive relief and penalties for accidental releases of ammonia, particularly where there are injuries, can rise into the millions or higher.

In the event of a release of ammonia, particularly one causing injuries or death, another recent DOJ initiative increases the risk of criminal prosecution for the company and individual employees. The initiative, memorialized in a memo issued by Deputy Attorney General Yates in late 2015, requires prosecutors to take certain steps in pursuing cases, including: (i) focusing on holding individuals accountable from the inception of an investigation; and (ii) increasing cooperation between criminal and civil prosecutors. The guidance also requires that companies provide prosecutors with the names of all individuals involved in alleged non-compliance, “regardless of their position, status or seniority,” in order to receive cooperation credit in any settlement.

Dovetailing with the new enforcement initiative targeting ammonia systems, EPA recently proposed significant changes to the accident prevention, emergency response, and hazard information requirements imposed under its RMP Program. If adopted, these changes could increase the burden on regulated facilities. For example, the proposal would require regulated facilities to conduct root-cause analyses in the event of any “near-miss” release of hazardous substances such as ammonia or chlorine. In addition, “nonresponding” facilities (i.e., those that currently rely upon local agencies to respond to releases) would face additional requirements and, in some circumstances, be required to develop their own emergency response system. It is expected that EPA will try to finalize the RMP requirements by the end of the year. In the meantime, we expect that OSHA will propose a revision to its PSM standard within the next year.

EPA’s announcement of its enforcement initiatives highlights where the agency will target its enforcement effort in the coming years. The publicizing of EPA’s priorities provides facility management at affected companies with an advance opportunity to prepare for increased scrutiny, address environmental compliance issues, and decrease the risk of enforcement.

Regulated facilities should prepare for potential inspections. For example, facility management should designate personnel to interact with inspectors and compliance documents should be checked for thoroughness and consolidated in accessible locations.

Regulated facilities should also take this opportunity to identify and correct compliance deficiencies. Facilities subject to the RMP Program should comprehensively assess their accident prevention programs and track EPA’s ongoing rulemaking to incorporate any new requirements. More generally, companies should consider a third-party audit in consultation with legal counsel. Such audits can identify areas requiring further compliance efforts and, if deficiencies are identified, facilities may also benefit from working with counsel to self-report any noncompliance to EPA. 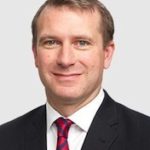 Boer is a partner in the San Francisco office of Hunton & Williams LLP. He represents private companies, utilities and individuals in federal and state environmental litigation and in defense of environmental enforcement actions and citizen suits. He formerly worked in the Environmental Enforcement Section at the Department of Justice. 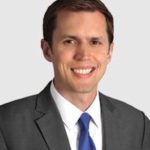 Brown is a senior attorney at the Hunton & Williams LLP office in San Francisco. His practice focuses on environmental and administrative law. He formerly worked for the U.S. Environmental Protection Agency.

This article presents the views of the author and does not necessarily reflect those of Hunton & Williams LLP or its clients. The information presented is for general information and education purposes. No legal advice is intended to be conveyed; readers should consult with legal counsel with respect to any legal advice they require related to the subject matter of the article. 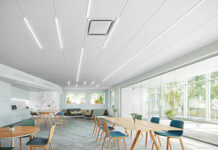