Polychlorinated biphenyls (PCBs) are a mixture of individual chemicals which were broadly used until banned in the late 1970s. PCBs are environmentally persistent [resistant to environmental degradation through chemical, biological, and photolytic processes] and have a wide range of documented detrimental human health effects impacting the neurological development of children. PCBs also impact the reproductive and immune system and are considered to be an endocrine disruptor as well as a potential carcinogen. PCBs are highly regulated by the U.S. Environmental Protection Agency (EPA) under the Toxic Substance Control Act (TSCA).

PCBs were manufactured in the United States by Monsanto beginning in the 1930s, initially for use as a dielectric fluid and were widely used in industrial settings, electrical equipment, hydraulic fluids, and some coatings. More recently, PCBs have been identified as a potential health concern due to their presence in building materials. The EPA believes there was a potential for the wide use of PCBs in construction materials used in schools and structures, other than electrical equipment (light ballasts associated with fluorescent fixtures and transformers), such as caulking and paint, as well as, and to a lesser extent, other construction materials manufactured during the 1950s through 1979.

Occupant exposure to PCBs may occur through inhalation of airborne PCBs or from ingesting dust containing PCBs. Dermal exposure is also a potential pathway for exposure and is well documented in industrial settings.

PCBs were added to caulking and sealants because it improved their elasticity. Caulking and other sealant materials can be found in locations where there are gaps between building materials such as masonry features, building joints, window, and door frames. PCBs may be released by caulking materials and contribute to airborne pollutant levels. Additionally, it is important to note that PCBs have been found to leach out of the caulking or sealant material and into nearby, adjacent construction materials such as stucco and concrete. Uncontrolled disturbance of these construction materials may cause the aerosolization of dust particles containing PCBs which can be inhaled or ingested by building occupants.

To limit the building occupant’s potential exposure of PCBs, the EPA has developed Best Management Plans (BMPs) to address the presence of PCB containing caulking which include:

In- place management of the materials can be completed by:

Other materials identified as potentially containing PCBs in the building environment include:

Most buildings have undergone retrofits of lighting systems, and it’s likely PCB containing ballasts have been removed as a result. Ballasts manufactured between 1978 and 1998 should be clearly marked by the manufacturer with a note indicating “No PCBs.” Ballasts manufactured after 1998 are not required to be labeled and are not considered to be a potential source. If facility executives suspect that their buildings contains older ballasts which may contain PCBs, special care should be taken to identify and properly handle leaking ballasts. Further, proper packing and disposal is required. The EPA recommends removing these older light ballasts which contain PCBs because they have well exceeded their useful lifespan.

The presence of PCBs in paints and coatings in industrial and manufacturing settings is possible, especially in specialty applications. PCBs have been found in building materials such as ceiling tiles, window glazing, flooring finishes, and even structural fireproofing but their use in commercial, public and residential structures is not well documented by the EPA.

Legal action related to PCBs including clean-up cost recovery and personal injury claims are becoming more prevalent. Many cities on the West Coast of the U.S. have initiated legal actions against Monsanto, who according to the U.S. Centers for Disease Control, was responsible for the manufacturing of almost 1,400 million pounds of PCBs — 99% of PCBs manufactured in North America — in an effort to recover costs associated with the clean-up of PCBs which have accumulated in the environment including soil and marine sediments as a result of stormwater run-off.

Some school districts have also faced legal challenges both as plaintiffs and as defendants related to the presence of PCBs in schools. While some schools have initialed legal action against the manufacturer of PCBs to recover costs for remediation of PCB contamination, other schools are facing legal actions by the community and other advocacy groups to conduct remediation within schools as a result of public concern related to the presence of PCBs and their potential health impacts.

Recently, three plaintiffs in Saint Louis prevailed against Monsanto in a negligence suit. The plaintiffs alleged that Monsanto knew that PCBs were hazardous and that they continued to produce and sell them apparently citing internal Monsanto documents.

Best management practices are designed to minimize potential exposure to PCBs in the built environment. The EPA and other governmental agencies have developed BMPs combining available science and practical applications. In some instances, following these BMPs may not be sufficient to adequately address concerns related to potential exposure. If this is the case, adequately assessing the actual conditions and implementing a response plan including proactive risk evaluation and communication can be critical to achieving a safe environment.

Sources
U.S. EPA Practical Actions for Reducing Exposure to PCBs in Schools and Other Buildings (2015)
U.S. EPA PCBs in Building Materials-Questions and Answers (2015) 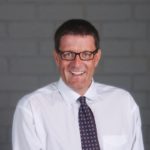 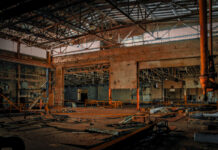 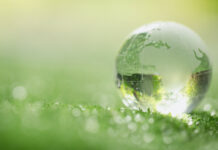 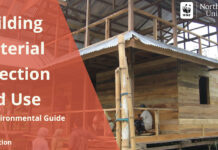