Connecting Building Tech And Software Tech: Are We There Yet?

Building technology has come a long way. From the invention of the thermostat by Warren Johnson in 1883, to the evolution of the first digital control system in the 80’s, to the creation of the building automation systems we deploy in modern state-of-the-art commercial buildings today. The number of systems we have in any single building has grown tremendously: HVAC control, lighting control, safety and security, on-site renewable generation, energy storage, car-charging stations, sub-metering systems, air quality and occupancy monitoring, elevators and turnstalls, energy management and tenant management. As building technology has gotten more sophisticated, though, we, as an industry, have been overrun by complexity. Being a building engineer, an energy manager or a facility manager has become more difficult, rather than easier — the exponential growth in multiple point solutions which all require management and oversight is catching up with us. 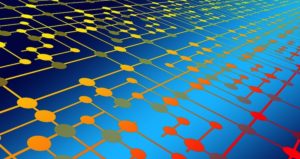 In other industries with a similar breadth, size and economic impact (commercial buildings represent 15% of GDP in the U.S.), we see software technology playing a major role in how we manage the layers of complexity associated with our day to day work. Yet when it comes to buildings, software has had a hard time transforming the industry to date; the commercial building space is ridden with many dozens of software companies but each company only provides a point solution for a point problem. It’s taken time to provide building owners and operators with a unified view — a single login which would allow building professionals to have complete operational visibility into every aspect of their assets and their systems and enable control through a single user interface — the holy grail of building tech and arguably the most important inflection point in the evolution of the built environment.

I had a math professor when I was a student at Oberlin College who used to say, “Abstraction gives you power.” I now fully understand what he meant. We have hit peak complexity in buildings and it’s diminishing our ability to take full advantage of their full technology potential. If we can use software to abstract from the underlying fragmentation and complexity, we would be able to accomplish some truly remarkable things and harness the full power and efficiency which modern technology has to offer.

So why has software taken so long to get here, it’s worth asking. The answer is actually remarkably simple: buildings have not been ready for software. At least not until now. For software to thrive, data and systems need to be easily accessible. In other industries that’s happened through open standards. In buildings, however, we haven’t had any truly open standards. Many would argue that BACnet is *the* open standard for buildings. While BACnet has been a critical stepping stone in the evolution of building technology, and has in many ways shaped modern building automation, BACnet is not fully open. At least not by modern standards and certainly not by the standards of modern software technology companies.

BACnet was conceived of all the way back in 1987. That’s two years before the HTTP protocol, which the Internet is built on, was even initiated. It was designed to solve a major interoperability challenge which all HVAC systems faced at the time. In 1995 it officially became an ASHRAE/ANSI Standard and had an almost immediate impact on all major building automation players at the time. Today any system which supports BACNet also claims to be an open system. The question I would like to raise is, open to who? To building technology hardware companies? Yes. To systems integrators? Yes. To the building owner? No. To software technology? Also no. To end users and occupants? Definitely not. BACnet certainly deserves a great deal of credit for pushing building technology innovation forward but it can only be defined as open by 20th century standards. When it comes to the modern 21st century definition of an open standard, BACnet falls short by a long margin.

A modern open standard needs to be able to be freely adopted, implemented and extended and it is critical that it is easily available for implementation and use and available at a reasonable price1. BACnet is far from easy to implement. Impractical to extend as it is centered around HVAC systems. Implementation/integration takes weeks to months. It costs tens of thousands of dollars of systems integration fees and licenses and requires costly unnecessary integration hardware to connect to.

As a software developer who wants to build software apps for buildings, I cannot launch a development environment, start pulling data from my building systems over a modern web-based interface and start delivering valuable functionality to owners and operators. Instead I am faced with a massive cost, time and effort barrier or trying to figure out how to integrate with technology designed in the 90’s which sits in the basement of a building and is not accessible through the Internet. Only skilled, trained and experienced systems integrators know how to tackle that. That barrier for entry is the equivalent of a parking brake for software innovation. BACnet was never designed to be used with the Internet. It was designed to connect devices in the basement and throughout the building: on a local network. Any attempts to expose BACnet devices on the Internet is security doomsday without protective gateways which cost thousands of dollars and take weeks to deploy.

Despite its shortfalls, however, I would not for a minute discredit the significance of what the BACnet standard has done for buildings. It has paved the way for interoperability and for open device communication. However the definition of “open”, as you can see, has changed. And with it, building technology needs to evolve as well. We now live in the era of IoT — the Internet of connected devices, the Internet of Things. And in this new era, “open” means easy. It means simple. It means accessible. It means low-cost. On demand.

With the ever increasing pace of development of new technologies it seems implausible that a new modern standard would emerge any time soon. The approach the market has taken instead is for each modern device vendor to launch and maintain their own individual API — an application programming interface designed to be consumed by modern computer languages and web-based technologies. Building an app which comes this API can be as simple as obtaining an API key to the vendor’s cloud service, reading their documentation and firing off your development environment to get started.

The buildings industry is at an inflection point which will define the future of the built environment. With innovations in scalable data platform technology, n-to-n connectivity, intuitive user experience design and powerful Big Data analytics we are now on the verge of connecting the dots — all of them. Not just the building systems, but our business systems, the owners, the operators, the tenants, the occupants. And this future will be defined by modern software which is built not by the buildings industry, but by modern software companies, who see the world differently. We are about to witness the transformative effect of pure software innovation in what is the final frontier of the power of software: the commercial building. 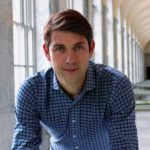 How connected are your facility’s building automation systems? And have you encountered barriers to connectivity related to the lack of open standards? Please share your thoughts, experiences, or questions in the Comments section below. 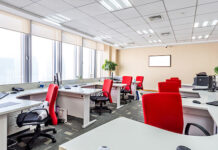 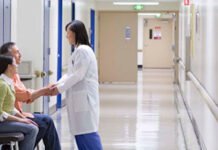