The modeled costs to install solar photovoltaic (PV) systems continued to decline in the first quarter of 2016 in the U.S. residential, commercial, and utility-scale sectors, according to updated benchmarks from the U.S. Department of Energy’s National Renewable Energy Laboratory (NREL). Driving the cost reductions for this area of the solar energy market were lower module and inverter prices, increased competition, lower installer and developer overheads, improved labor productivity, and optimized system configurations.

“Such accurate cost benchmarks are critical for tracking the progress of PV systems toward cost-reduction goals. Because our cost model categorizes hardware and non-hardware costs with a high degree of resolution, the results can also be used to identify specific cost-reduction investment opportunities and assess regional levelized costs of energy,” Fu said.

The new results also highlight the importance of non-hardware, or “soft,” costs. As the pace of cost reductions for modules and inverters has slowed in recent years, the proportion from soft costs — such as labor, overhead, and permitting costs — has grown. In the first quarter of 2016, soft costs accounted for 58% of residential system costs, 49% of commercial system costs, and 34% of utility-scale system costs.

NREL uses a “bottom-up” modeling method to construct total capital costs by quantifying the typical cost of each individual system and project-development component, largely through dialogues and interviews with solar energy industry collaborators. The results represent total installed system costs from the perspective of the PV project developer or installer, including net profit in the cost of the hardware. The benchmarks are national averages weighted by state installed PV capacities.

NREL has produced the annual benchmarks since 2009. The full technical report (U.S. Solar Photovoltaic System Cost Benchmark Q1 2016) as well as a presentation about the new results and a data file are available at the NREL website.

This ongoing work is supported by the Energy Department’s Office of Energy Efficiency and Renewable Energy (EERE) through its SunShot Initiative. SunShot is a collaborative national effort that aggressively drives innovation to make solar energy fully cost-competitive with traditional energy sources before the end of the decade. This research is part of NREL’s broader clean energy manufacturing analysis activities, which yield insights that can support Energy Department and industry decisions about research and development targets, investment strategies, and policy evaluation. 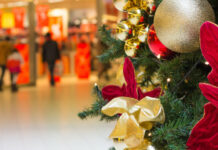 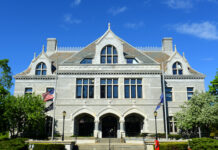