This article is contributed by AGF Manufacturing, a Malvern, PA-based designer and manufacturer of a reliable and versatile test and drain valves, auxiliary drains, corrosion monitors, and accessories for the fire sprinkler industry. Since its inception, AGF has introduced numerous products, including anti-trip drum drips and corrosion monitors, that accommodate the varying demands of the fire protection industry, and help manage fire safety systems more efficiently.

Dry fire sprinkler systems are required in locations where sprinkler piping is subject to temperatures below 40°F. Typically, dry systems are used in parking garages, self storage buildings, loading docks, attics, warehouses, outdoor stadiums, and other environments where freezing may occur.

Every year facility owners spend thousands of dollars from their operating budget replacing auxiliary drains that collect water, freeze, and break. Dry fire sprinkler system repairs can cost $5,000 to $10,000 or more every time an auxiliary drain fails. In addition, facility owners may also incur added costs for secondary damage caused by a system failure, including damage to the building, the cost of inconvenience, and potential liability costs related to personal injuries and/or property damage.

Auxiliary drains, also called low point drains or drum drips, collect and allow moisture from the system to be removed while minimizing the potential for excessive loss of air pressure. Auxiliary drains are required for each section of trapped pipe in dry or pre-action fire protection systems. In accordance with Section 8.16.2.5.3 of NFPA 13*, auxiliary drains located in areas where freezing may occur shall be accessible.

A Case In Point

Utah State University is located in the Northern Utah Mountains where the average temperatures from September to May are typically near or below 40°F. In August 2016, Utah State’s Division 1 Aggies returned to their newly renovated football stadium for the start of the 2016 season. While the fans, students, staff, and public celebrated the stadium’s enhancements and state-of-the-art upgrades, they also benefitted from the safety improvements incorporated into the Maverik Stadium renovation. These were the kind of improvements fans probably won’t ever see, but are critical to ensure the safety and protection of both lives and property.

As part of the stadium redevelopment project, USU added AGF Manufacturing’s COLLECTanDRAIN M5400A Auxiliary Drains to the stadium’s sprinkler system to protect against frozen auxiliary drains. The M5400A provides a temperature-controlled environment that deters system failures caused by freezing condensation in dry pipe system auxiliary drains. This temperature-controlled feature of the M5400A is in addition to the patented prevention features of the AGF’s COLLECTANDRAIN M5100 and M5200 auxiliary drain models that protect fire sprinkler systems from being tripped by improper maintenance or vandalism.

The M5400A’s heated and insulated cabinet contains an auxiliary drain with a float switch to monitor condensation levels. When condensation reaches a level where maintenance is needed, the float switch activates an audible alarm and LED warning light, drawing attention to the potential for freeze-ups. It also features fire control panel notification capabilities.

John Blankman, President of Paradise Fire Protection, learned about AGF and the M5400A at an American Fire Sprinkler Association (AFSA) Trade Show in Phoenix. Frustrated with standard auxiliary drains that freeze and break, Blankman was looking for a more reliable product that would prevent freezing. He was impressed with the M5400’s heated cabinet, and wanted a product that would ensure the facility management team did not have failures at the new stadium. In addition, USU wired the M5400A units to its fire control panel, allowing for continual monitoring and immediate notification of pipe issues. 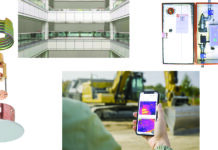 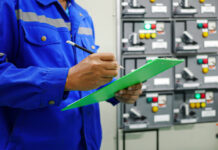 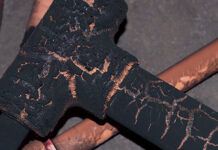