In Little Rock, AR, Bill and Hillary Clinton National Airport has been named as having the best airport Wi-Fi in the world. The designation was recently released by Rotten Wi-Fi, a tech watchdog that has tested speed and user satisfaction in 226 airports worldwide.

Clinton National Airport’s free Wi-Fi was named as the best in North America last year, and has risen to the number one position in the world after the Little Rock Municipal Airport Commission upgraded the airport’s Wi-Fi network to include all-new access points. Wi-Fi at Clinton National is actually stronger than the ranking indicates as both upload and download speeds surpass 130 megabits per second (Mbps).

“We’re transforming the passenger experience in terms of both facilities and amenities,” said Ronald F. Mathieu, Clinton National Airport Executive Director. “We’re appreciative of the honor as we work extremely hard on behalf of our passengers who depend on fast, quality Wi-Fi while using the airport.”

Clinton National has a symmetrical one gigabit internet service, and provides travelers free Wi-Fi without watching any advertisements, being constrained by time limits, or having personal data collected.

A $20.6 million concourse renovation is currently underway at the airport that includes additional technology upgrades, such as a a digital antenna system to boost cell phone connectivity. The renovation, which will be completed next year, will also provide a modernized interior, new seating with in-seat recharge, new jet bridges, restroom upgrades, and larger arrival and departure monitors. 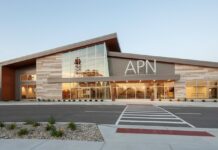 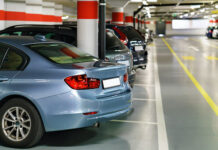 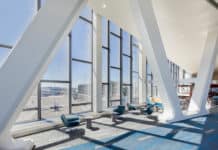 LaGuardia Airport To Open Terminal B Arrivals And Departures Hall