Vitro Architectural Glass is celebrating the 10th anniversary of Solarban 70XL glass, a product that continues to provide building owners and architects an option with which to satisfy increasingly stringent energy codes without sacrificing daylighting or connection to the outdoors.

When introduced, Solarban 70XL glass represented a breakthrough in glass performance. As the first architectural glass to successfully integrate a third layer of silver into the coating, this product outperformed the double-silver-coated glasses of the time, and also expanded the opportunity for architects to incorporate large spans of transparent glass into building designs.

Dr. Paul A. Medwick, senior group leader, glass coatings group, at the Vitro Glass Research and Technology Center near Pittsburgh, PA, led the technical team that formulated Solarban 70XL glass. He said the need to develop a triple-silver-coated, low-e coating first became apparent in the late 1990s. “Energy codes began to demand better solar control performance,” he said. “At that time, the only way to meet tougher performance standards was with double-silver [coating] on a tint, but the market was shifting away from tinted glass and toward clear [glass]. We tried to bridge that gap with Solarban 80 glass, a double-silver [glass] with thicker silver layers to enhance solar control, but its highly reflective aesthetic was not as broadly appealing to the market as we had hoped.”

“There was some reluctance initially to consider commercializing a triple-silver product because coaters were optimally configured for double-silver coatings,” Medwick explained. “We weren’t sure how triple-silver-coated glass would be received by the industry. One concern was that the production costs for triple-silver coatings would be higher than those for double-silver [glass] due to the higher complexity of the coating design and manufacturing process. We thought that might make it difficult for customers to justify investing in a more expensive product.”

Over the next several years, product developers worked internally, then closely with architects and fabricators, to develop a triple-silver coating that could be produced economically with high levels of quality and consistency. One of the most difficult challenges — beyond engineering the optimal coating stack — was to develop proprietary manufacturing processes and technologies that would consistently produce the same coating — one with uniform aesthetics and performance over the entire surface of large panes of glass.

Dr. Andrew Wagner, a scientist with the glass coatings group, was a key member of the Solarban 70XL glass development team. “As the number of silver layers increases, the optics of silver-based coatings become increasingly sensitive to small, but unavoidable, manufacturing process variations,” he explained. “Eventually, we were able to find the right balance of manufacturing processes, controls and materials to produce Solarban 70XL glass within extremely tight tolerances for color and solar-control performance. Other glass manufacturers eventually came out with triple-silver glasses; yet, to date, none have been able to achieve the consistent color uniformity and quality control of Solarban 70XL [glass].”

Other notable buildings for which Solarban 70XL glass has been specified over the past decade include: One Bank of America Center in Charlotte, NC; RBC Centre in Toronto; City Center Plaza in Bellevue, WA; NASA Sustainability Base in Mountain View, CA; Three PNC Tower in Pittsburgh, PA; and the Omni Dallas Convention Center Hotel in Texas.

At The Terry Thomas, where architect partners Scott Thompson and Kristen Scott specified Solarban 70XL glass for their firm’s new home 10 years ago, Solarban 70XL glass serves two purposes. “By offering good natural daylighting through the storefront glazing, we are able to reduce dependence on overhead lighting and significantly reduce overall electricity use,” Scott reports. “With a good u-factor and solar heat gain coefficient, we also have reduced the chance that the space will overheat, which is very important for a naturally cooled space.”

The building also is the model Weber Thompson uses to show clients a functional balance between daylighting and energy efficiency. “The energy code in Seattle is continuously getting more stringent, yet in commercial office projects, owners and tenants want daylighting, views and a connection to the outdoors,” Scott added. “We use our space to demonstrate how [Solarban 70XL] glass helps us meet all those demands.”

The potential energy and equipment savings achieved in buildings were roughly quantified two years before The Terry Thomas was built through energy modeling studies comparing the performance of Solarban 70XL glass to clear double-silver-coated glass and dual pane-tinted glass.

Using 270 energy modeling simulations generated for three major building types in nine U.S. cities, an independent testing firm confirmed that specifying Solarban 70XL glass in place of dual-pane tinted glass would reduce initial capital costs for heating, ventilation and air-conditioning (HVAC) equipment by as much as %, or more than $125,000, for a prototypical glass-walled eight-story office building in Los Angeles. The same simulations produced utility-related energy savings of up to $20,000 per year, or 3% to 5%, depending on the building’s location.

One thing the modeling studies did not account for was energy savings associated with the diminished need for artificial lighting, which is one of the largest consumers of energy in most large commercial buildings. 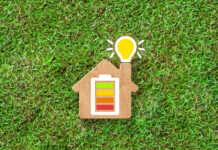