It’s amazing what humans can do when they harness their energy. The latest news on the humans-as-renewable-energy front is the Paris Navigating Gym: a fitness vessel that moves along the Seine River by harnessing energy from passengers’ workouts. 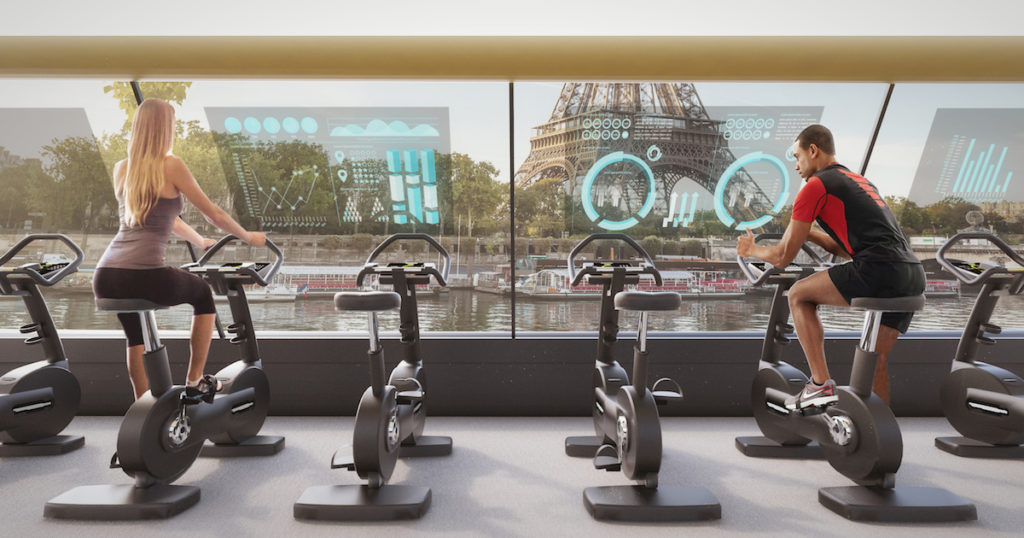 The Paris Navigating Gym is a 20-meter long fitness vessel that can host up to 45 people. The fitness area features Technogym’s ARTIS exercise machines, which harness human energy and make it available for other uses. By exercising on the ARTIS bikes and cross trainers, guests can help power the boat, which in turn will sail along the Seine River on its route through the city, providing access to anybody who wants to board.

“The Paris Navigating Gym investigates the potential of harnessing human power, at the same time producing a new urban experience and envisioning ways to further integrate the river in the city’s mobility infrastructure,” said Carlo Ratti, director of the MIT Senseable City Lab in Boston and a founding partner of Carlo Ratti Associati. “It’s fascinating to see how the energy generated by a workout at the gym can actually help propel a boat. It provides one with a tangible experience of what lies behind the often abstract notion of ‘electric power.’” 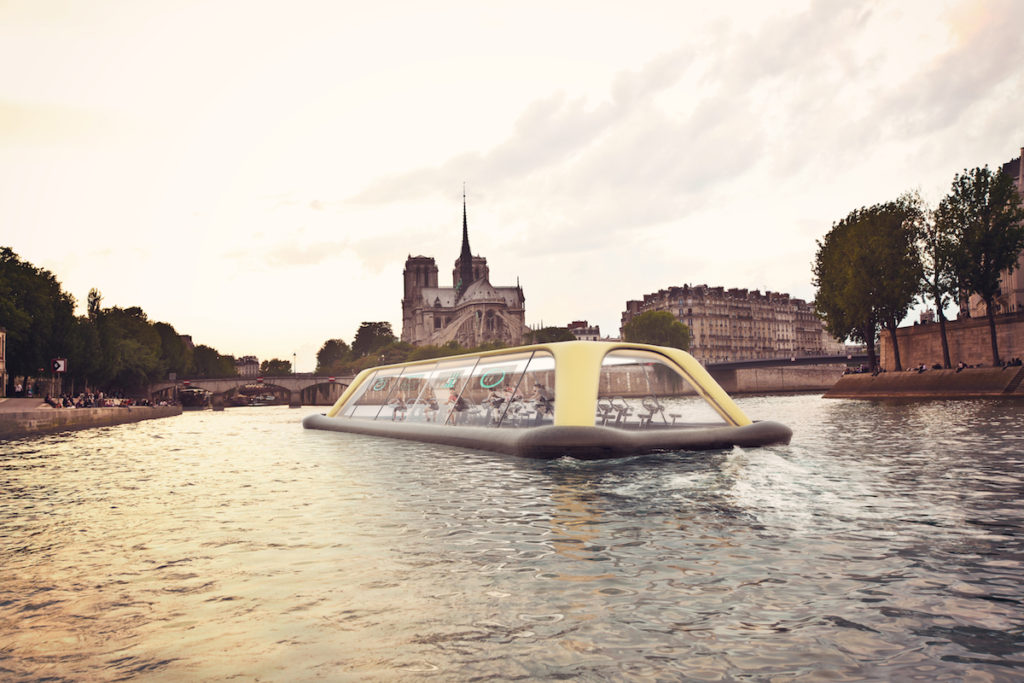 The vessel’s current design pays tribute to the Bateaux Mouches, the traditional ferry boats that have carried tourists on the Seine since the early 20th century, as well as to the French capital’s urban character.

The Navigating Gym will allow Parisians to inhabit the river all year long. The augmented-reality screens installed on the boat will show guests both the quantity of energy sourced from their workout, and data about the Seine’s environmental conditions, tracked in real time by sensors incorporated on the vessel. Encased within a transparent glass covering, which can be opened in the summer, the gym provides an extraordinary view of the city. At night, the boat can be used for parties and celebrations. 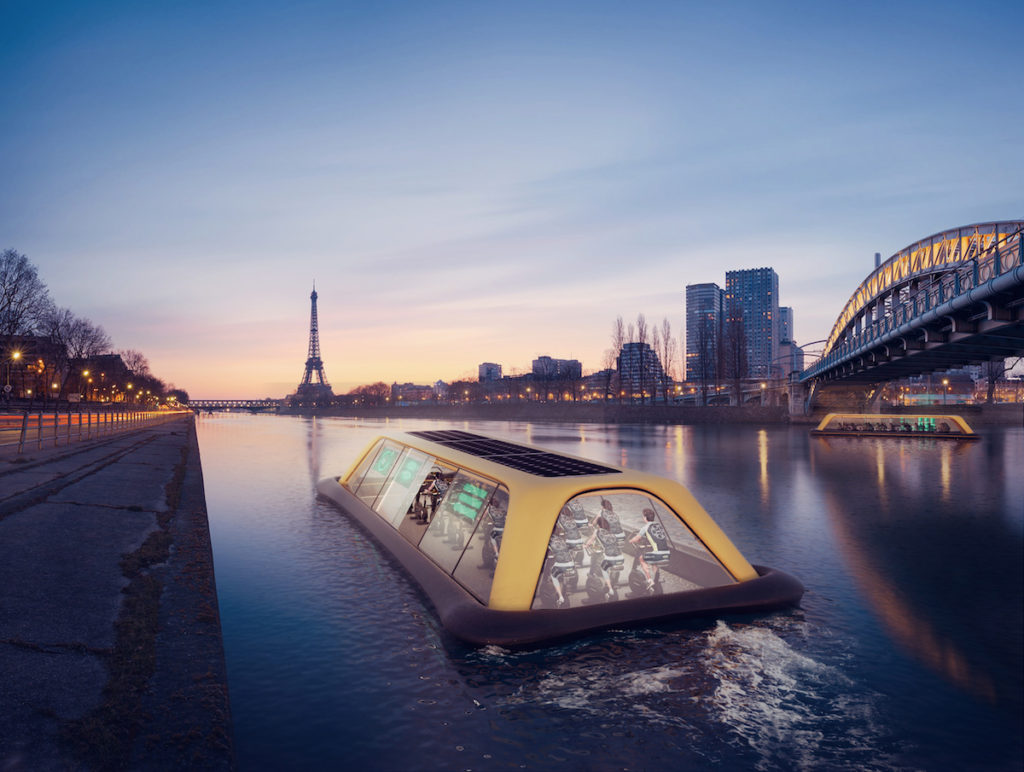 The Paris Navigating Gym is an evolution of an idea initially developed by Terreform ONE in 2008 for use in New York City.

“The Paris Navigating Gym brings our idea of the ‘River Gym’ to the next level, turning it into a doable project whose potential can have a positive impact both in term of quality of life and public enjoyment of our cities,” says Mitchell Joachim, co-founder of the New York-based non-profit group Terreform ONE.

According to initial studies, the Paris Navigating Gym can be designed, built, and tested in less than 18 months before starting its human-powered cruise along the Seine River.

Construction & Retrofits May 18, 2022
Sunbelt Rentals expands into a new category of rentals with temporary containment walls to offer customers a sustainable protection solution.