An area adjacent to the North Branch of the Chicago River has been selected as the study site in the Urban Land Institute’s (ULI) 15th annual ULI Hines Student Competition in 2017. The ideas competition — based in reality with certain details changed for the purposes of the challenge — ­provides both full- and part-time graduate-level student teams the opportunity to devise a comprehensive design and development program for parts of a real, large-scale site. The team with the winning proposal will receive $50,000; the winner will be announced in early April 2017.

This year’s competition is based on a hypothetical situation related to the August 2016 announcement by Mayor Rahm Emanuel that the Chicago Department of Fleet and Facility Management will be relocating their headquarters from the site near Goose Island. The competition’s challenge for students involves an investment group, known as the Windy Crew Investors (WCI), which has assets in the study area next to North Branch. This investment group is seeking a master developer to create a successful bid for building a mixed-use sustainable area that benefits from adjacent synergies in the vacant property near Goose Island.

Playing the role of the potential master developer, student teams must the evaluate the benefits and financial possibilities of buying the Fleet Management and Facility site, and potentially combining it with certain parcels to redevelop or sell as one comprehensive development site.

Though based on a hypothetical situation, the 2017 Hines Student Competition reflects many real-life initiatives and concerns of Chicago. Mayor Emanuel’s administration has taken a proactive approach, including encouraging corporations to locate downtown and catalyze economic development in some of the city’s struggling inner-city neighborhoods. However, obvious challenges remain in connecting downtown and the surrounding neighborhoods, including improving transit efficiencies, adapting to the city’s changing employment base, and improving how community designs work with adjacent properties

This year, applications were submitted by 130 teams representing nearly 60 universities in the United States and Canada. Teams participating in the competition must submit proposals that illustrate innovative approaches to five general elements:

Participants have received project briefing materials, including a comprehensive statement of the challenge, background information on the site, market information, relevant existing design proposals, site maps and photos, and other details, along with a list of materials required for team presentations. The competition is designed as an exercise; there is no intention that the students’ plans will be implemented as part of any revitalization of the site.

Project proposals must be submitted to ULI headquarters by January 23, 2017.

A jury will review all proposals in compliance with the deadline and select four finalist teams and several honorable mentions. The finalists and honorable mentions will be announced in late February 2017. During the final phase of the competition in March, the student finalist teams will have the opportunity to expand their original schemes and provide more detail for their plans. During this time, one member of each finalist team will receive an all-expenses-paid site tour of the Chicago site (though other team members may also join the tour). Information obtained during this site visit can then be used by the finalist teams in revising their presentations prior to the final presentation in April.

During the April finale event, finalist team members will present their schemes in-person to the competition jury during a public forum in Chicago. A $50,000 prize will be awarded to the winning team, with $5,000 of the total going to the school. Each of the remaining three finalist teams will receive $10,000.

The ULI Hines Student Competition is part of an ongoing ULI effort to raise interest among young people in creating better communities and improving development patterns, as well as increase awareness of the need for interdisciplinary solutions to development and design challenges. The competition has been funded through an endowment from Gerald D. Hines, chairman of the global Hines real estate organization and a recipient of the ULI J.C. Nichols Prize for Visionaries in Urban Development. Since the first competition was held in 2003, more than 7,500 students have participated. 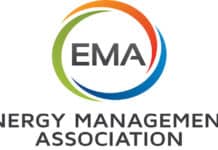 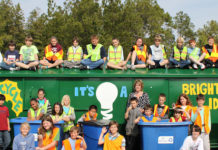 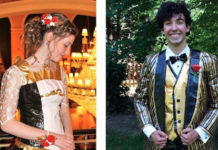