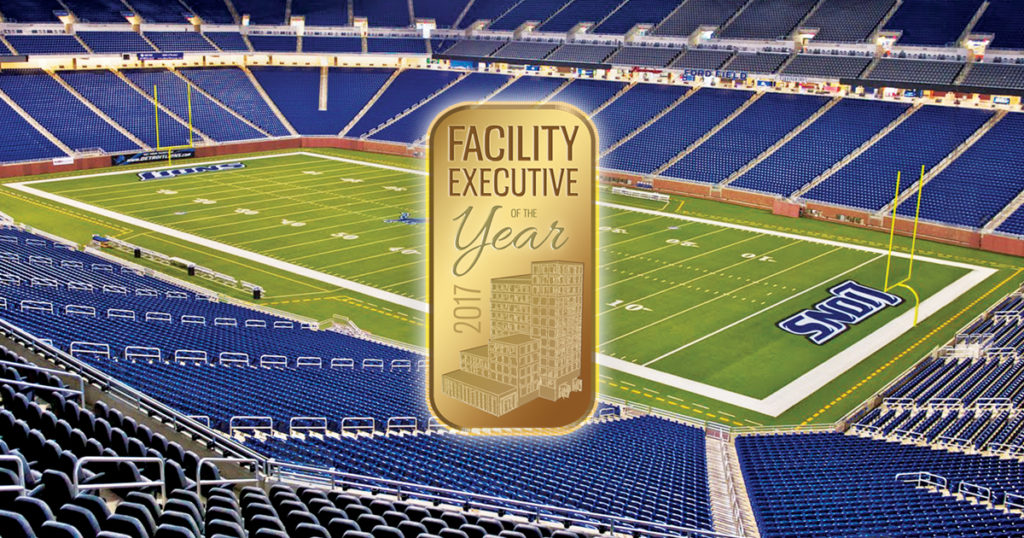 By Anne Cosgrove
From the February 2017 Issue

August 18, 2016 marked a milestone at Ford Field, home of the Detroit Lions. For the first time since its construction in 2002, the NFL stadium’s rooftop exterior was illuminated, just in time for that evening’s preseason football game. The new LED lighting display has added a new element to the downtown Detroit, MI skyline, and can change colors for added visual appeal. The lighting improvements, at a cost of roughly $2 million, were enabled by energy cost savings reaped from an earlier LED retrofit of the east and west walls of the dome. Fred Reddig LEED O+M, Detroit Lions director of facilities, spearheaded those projects. For the impact on facility appeal and energy savings—along with a bevy of other facility improvements, Reddig is being recognized as the Facility Executive of the Year 2017.

Previously, illuminating those walls in plain white light took about 22,000 watts’ worth of metal halide lights, per side. With the new LED lights, it takes only 7,000 watts per side—with color options that can change instantaneously. “And they’re on every day, so that’s a huge energy savings,” Reddig says. “So the amount of energy that I save on the east and west wall, I can illuminate the roof and still save energy.”

Ford Field is a 1.8 million square foot facility, including leased commercial space, with a 274,000 square foot parking deck and three surface lots. Reddig oversees operations and maintenance of the entire complex. He also takes the lead in the facility’s capital projects. Since joining the Detroit Lions in August 2014, Reddig has been busy identifying opportunities for improvement across the board. And he has implemented a significant roster to date.

Reddig’s focus on the dome also included a full 340,000 square foot roof restoration, completed in late 2016. After performing comprehensive diagnostics of the roof and finding it was viable restoration candidate, Reddig determined they would restore the roof instead of replacing it. “When we first did infrared testing of roof in Fall of 2015, it revealed wet spots and the test showed about 5% of the insulation was wet,” he says. “We decided to restore, and the project took three months. A complete tearoff would have been almost a year-long project. And, it was half the cost.” This also eliminated those roof materials going to landfill.

Finally, the project presented the opportunity for the team to redo the logo atop the Ford Field dome.

Speaking on the dome lighting, Reddig adds, “We already had cranes planned for restoration project and had a contractor on board for the design. So, seeing the opportunity for the lighting, I brought in my senior management, and we then rolled it into the capital project.”

“When I began work here I looked at all the different areas we could focus on and picked the low hanging fruit first,” Reddig recalls. “The parking deck was one of the first LED retrofits we did. All the lighting there is self contained in a smaller area, in a small footprint. And, I knew we would get savings from that retrofit right away.” Among other eco-friendly improvements: LED lighting in the tunnel, parking decks, concourses and rest rooms, and the use of water softeners in the chiller plant decreased water consumption by two million gallons after its completion in the Fall of 2016 (compared to the same timeframe in 2015).

Reddig also highlights a daylighting harvesting project he spearheaded for the concourses and atriums in the stadium—one of his early projects as director of facilities for the Detroit Lions. 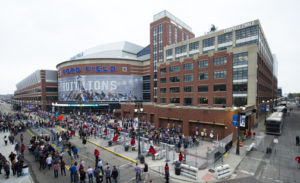 “There is a lot of glass in our concourses and atriums. And many lights were on in those areas constantly during the day,” he says. “We installed photocells to that detect the light in the space and also outside. We are now able to shut the lights on or off depending on the daylight levels in those spaces. Our concourses are quite large and there are two levels. There were high bay lamps (52 watts), and now they are LED hybrid at 24 watts. 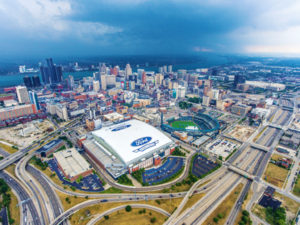 “One of the goals of the Detroit Lions is that we are committed to sustainability as an organization and we strive to include green initiatives in our projects,” says Reddig. Savings from these investments allow us to reinvest and expand our scope for future projects. Management supports these initiatives and realizes the added value they provide to the mission statement of the company.”

With these investments, from October 2015 to October 2016, Ford Field saw a nearly 20% [reduction] in energy consumption. “When you factor in the weather and the different aspects based on cooling degree days and heating degree days it was about 8.5% overall,” Reddig explains.

Building automation controls are a focus for Reddig, as he recognizes the role that technology can play to assist and identify in facility improvements. Advantages gained there impact lighting, HVAC, and water, to name a few. He works closely with Green Building Automation, a service provider located in Plymouth, MI, to evaluate and implement new control capabilities.

When he upgraded controls to hone in on lighting use and control, he enabled his team to reduce lighting needed for smaller events at the stadium, for instance. “Instead of having large areas come on for a private event, we now only have to turn on maybe 10, versus hundreds of lights,” Reddig explains. “Take, for instance, the Corner Lounge in the northeast corner of the building. Previously, we had to turn on all the concourse lights leading up to that area and then that whole area itself.

“Overall, I would say the most impactful project we’ve done so far was the LED lighting retrofit on the field,” says Reddig”

“In working in the profession for 35 years, I’ve tried numerous products,” comments Reddig. “LED lighting has come a long way since they first came out. Before embarking on the LED lighting for the field, we did a pilot project on our field maintenance light—four banks of lights we use for day-to-day maintenance operations. We changed those to LEDs to try them out and they worked extremely well. I saw such a cost savings that I spoke with senior management on our capital improvement process and they approved to do a LED retrofit for the entire field.”

To date, Reddig has overseen LED retrofits that now comprise about 75% of the facility’s lighting. His goal is to completely go to LED technology. And he has the support of the finance department. “Our CFO is extremely pleased with the results, so they are making sure the money is earmarked for that in my operations and capital budgets.”

Mentioning the new dome lighting that went live in August 2016, Reddig says that he views the most impactful project “in terms of aesthetics.”

Technology for facility employees, athletes, and visitors are a priority as well. The Detroit Lions and Verizon recently announced upgraded WiFi will be available in the main seating bowl at Ford Field by August 2017. WiFi will be upgraded in the premium and concourse areas in the coming months and then tested and ready for the Lions’ season. “In addition to improving the WiFi system to provide strong and consistently reliable connectivity for our fans, it was equally important to open WiFi up for all Ford Field guests,” said Detroit Lions Team President, Rod Wood.

During the NFL season, on game day Reddig and his nine full-time staff members are busy hours before gates open. “On game day, we are preparing to 60,000 plus people to attend the stadium,” Reddig say. “We’re making sure everything in the concourses is safe, making sure all the light are lit, making sure all electrical is set.” And in the off season, events of all sizes keep the facility management team busy. The Monster Jam truck event is one that attracts a high volume of people.

Meanwhile, Reddig continues his laser focus on systematic improvement at Ford Field behind the scenes. “We entered into the Battle of the Buildings competition and to date since the projects have been initiated in 2015, $290,000 has been received in utility rebates,” notes Reddig. “Stadiums are not currently eligible for Energy Star Certification however if that changes, we will pursue it. We continue to strive to save energy and incorporate that into our daily activities as well as capital projects.”

Looking ahead, Reddig shares he currently has an engineering study on rainwater harvesting underway. He’s interested in the amount of water the dome roof could collect. “I have a chosen location for a rainwater cistern on our site,” he says, “and possibly we could tie that into our irrigation loop for the green spaces around our stadium. Or, possibly we would eventually use rainwater for non-potable purposes. We’ll see if the feasibility study comes back in our favor.”

When asked if Detroit Lions senior management has given him specific directives on facility improvements, Fred says in that regard, “They’ve really let me take the ball and run with it.” 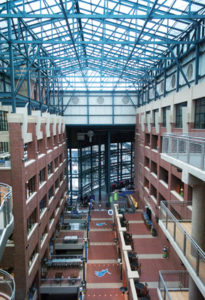 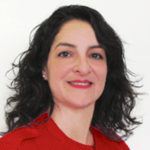 This article is based on project literature, Reddig’s FEY nomination form, and an interview with Reddig. To learn more about Ford Field, visit www.fordfield.com.

To share your thoughts on this topic, visit the Comments section below.