Lighting in commercial buildings has been the target of energy reduction strategies for many years. Historically, reductions in lighting energy consumption have been achieved by implementing new technology with improved luminaire efficiency, such as replacing T12 fluorescent lamps with T8 or T5 lamps or upgrading to LEDs. However, recent changes to applicable codes and standards have begun to change the baseline of installed lighting efficiency and are eroding the cost-effectiveness of this approach. Given these market changes, facility managers, architects, engineers, and lighting designers must now go beyond simplistic efficacy based improvements. Task tuning is one lighting controls solution for this challenge.

Task tuning involves dimming lights in a space so that the average illuminance at the working plane is appropriate for the type of use in that space. It is sometimes also called institutional tuning or high-end trim. This advanced lighting control strategy can be implemented in many commercial buildings to reduce operational lighting energy. Most commercial spaces, for a variety of reasons, are overlit. With more widespread adoption of dimmable ballasts and LED lighting, there are more opportunities to apply this efficiency measure that is relatively simple to implement.

Task tuning has the potential to save up to 35%¹ of lighting energy without decreasing occupant satisfaction. But, as with any new technology, there is a knowledge barrier to overcome. To facilitate adoption of this energy saving strategy, a field study was conducted to quantify the magnitude of energy savings from task tuning and to identify best practices and barriers to further implementation. This goal was achieved through field monitoring of commercial lighting systems.

As part of this study, lighting energy consumption was measured in 17 spaces both before and after implementation of task tuning. The measured data shows that the average savings from task tuning was approximately 22% of the dimmable lighting energy. On a per square foot basis, for a typical commercial space lit with 1 watt/ft², this savings equates to 0.6 kWh/ft2. The distribution of energy savings across the measured spaces is illustrated in Figure 1.

On an increasing number of projects, dimming controls are included due to design requirements such as daylighting, controllability needs, or occupant satisfaction (to eliminate the distraction of on/off switching). In this scenario, the only incremental cost to conduct task tuning is for the time taken to tune, which is estimated to range from $0.03 and $0.06 per square foot. This equates to a simple payback of between 0.5 and 1.1 years. Due to these short payback periods, it is recommended that task tuning be implemented in new construction projects or major renovations in which a dimming system is already planned as part of the design requirements. For the same reason, if a dimming system already exists in a facility, task tuning should be strongly considered as a method to achieve cost-effective energy savings.

The most cost-effective task tuning applications would focus on buildings with large areas of similarly controlled lighting, such as large open offices or a number of classrooms for which the same level of tuning could quickly be applied. Regardless of the building, it is likely not cost effective to measure the light levels in all spaces. Chapter 9, Section 15 of The Lighting Handbook2 identifies a methodology for identifying and measuring a sample of representative locations. The resulting lighting level reduction should then be applied to all similar spaces.

Higher cost-effectiveness can also be achieved when tuning is coupled with a lighting retrofit, depending on the existing system. There is a high fixed cost in merely getting into the building and understanding the spaces and associated lighting controls. Once this is done, the time associated with actually tuning the lights is small.

Task tuning is essentially a trade-off between energy consumption of a lighting system and light levels in a space. When performing task tuning, it is important for facility management to balance energy savings with occupant visual comfort; aggressive tuning will result in high energy savings at the expense of occupant satisfaction. Because of this, it is recommended that occupant feedback be collected in conjunction with task tuning. Although this may result in lower immediate energy savings, it would increase energy savings persistence, as facility managers would be less likely to override tuned controls based on occupant complaints.

In order to implement task tuning, facility management staff or contractors should be trained and proficient in a variety of lighting related subjects.

The field study discussed in this article was funded by Minnesota’s Conservation Applied Research and Development Grant Program. A copy of the study’s full report, as well as additional resources that include a video intended to assist in training, can be found here . 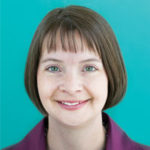 Li is an electrical engineer with Seventhwave, a nonprofit organization that advances economic and environmental sustainability through research, engineering, and education. Seventhwave was founded in 1989 and has 40 employees in Madison, WI and Chicago, IL. Li has 15 years of experience designing lighting and electrical systems for commercial buildings and has performed extensive lighting analysis for new construction projects through programs implemented by Seventhwave for several utilities.